Dirt for Making Things: An Apprenticeship in Maricopa Pottery [SOLD] 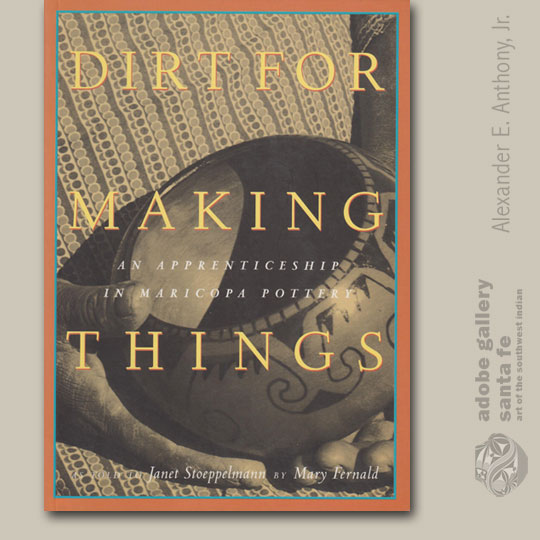 Forward to Friend
Janet Stoeppelmann, as told by Mary Fernald

Told to author Janet Stoeppelmann by Mary Fernald, who learned Maricopa pottery making while working on her thesis in the early 1970s, Dirt for Making Things interweaves the details of pottery making, from clay gathering to decoration and firing, with an outsider's experiences, frustrations, and rewards in the process. It is the definitive work on modern Maricopa pottery technique and its history.