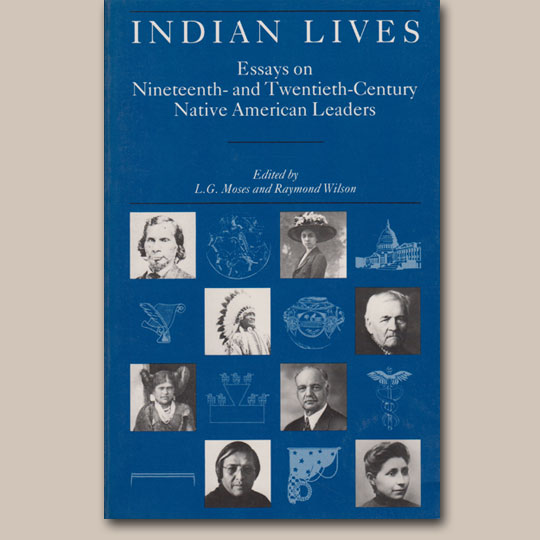 It is often assumed that Native Americans live in two distinct worlds: one Indian and the other white. In this collection of biographical studies of eight American Indians, though, we see that in fact they live in just one world of great complexity that has challenged, sustained, and sometimes destroyed them. All the leaders profiled here struck different balances between their Indian identity and their work within the dominant white culture, and history and biography are combined to delineate that process.

-From the Back Cover

Preface to the New Edition

1 Maris Bryant Pierce - The Making of a Seneca Leader

3 Dr. Susan LaFlesche Picotte - The Reformed and the Reformer

4 Henry Chee Dodge - From the Long Walk to Self-Determination

5 Charles Curtis - The Politics of Allotment

8  Peterson Zah - A Progressive Outlook and a Traditional Style