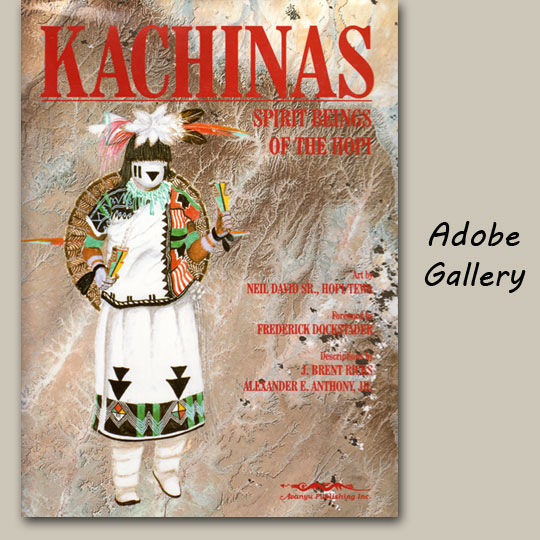 KACHINAS Spirit Beings of the Hopi

The Hopi Indians have had Kachinas in their religion for probably more than 1000 years. The Kachinas are a prominent part of the religion and daily life of the Hopi.

Over the years many works have been published about the Kachinas. Most of these have discussed them from the white man's interpretation of what the Hopi have told him. This book gives readers the perspective of the Hopi themselves.

The 79 Kachinas depicted in this book were painted by Neil David Sr., a Hopi-Tewa from First Mesa. The paintings show both the front and the back of each Kachina, that is, the entire costume of the Kachina. The descriptions of the Kachinas have come from the mouths of various Hopi. They discuss differences in the Kachinas as they appear on each of the three mesas where the Hopi make their home. The Kachinas which appear in this book are, in general, rare and unusual Kachinas and will enlighten those who wish to learn about and appreciate the Kachinas, Spirit Beings of the Hopi.