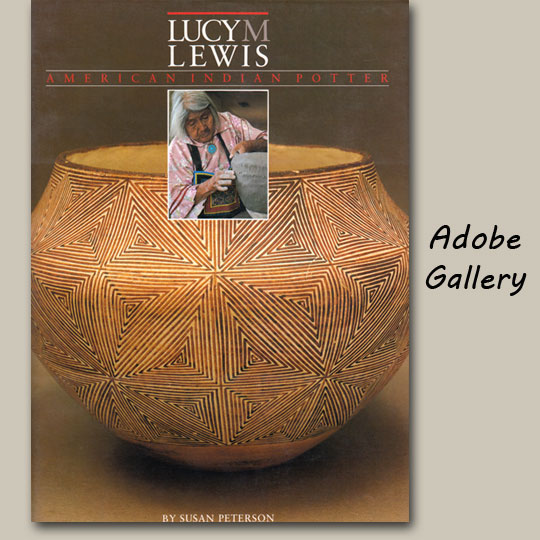 The Acoma pueblo is the oldest continuously inhabited settlement in North America. This Indian community, which probably dates back over a millennium, was home to one of America's most talented and innovative potters—Lucy M. Lewis (d. 1992).

Born around the turn of the century, Lewis rose from humble origins to become one of the most important craftspersons of this century. As mother, matriarch, and artist, she made a monumental statement about her own society. She absorbed the work of her Indian ancestors, and from their ancient designs fashioned a modern sensibility that brought Indian pottery into the twentieth century.

She began making pots at an early age, teaching herself from shards she found around her home. With age, practice, and a keen eye came perfection, and eventually admirers. Her pieces are now in the collections of prominent museums in New York, Washington, D.C., and Los Angeles, as well as throughout the Southwest.

Susan Peterson's intimate biography is a major accomplishment. It captures the essence of this inspirational woman with candor and affection. Over 220 color plates (and 120 black-and-white photos) convey the life and work of Lucy and her family. Lucy M. Lewis: American Indian Potter not only offers insights into the sources and milieu of Lewis' vast talent, but documents the achievements of one of America's greatest native craftswomen.