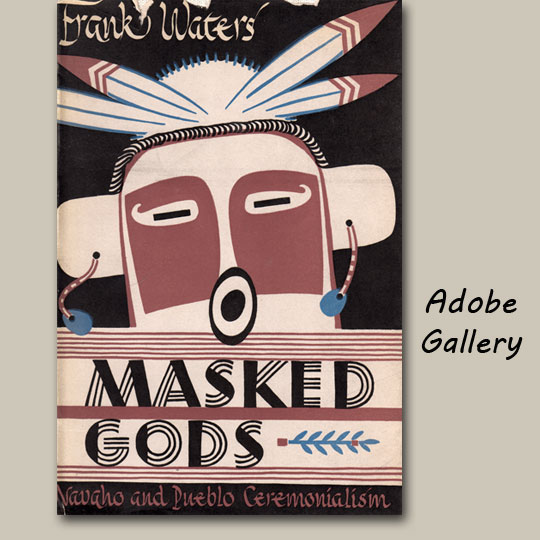 The University of New Mexico Press

Condition: book is in very good condition, slipcover has some tears.

This is the powerful story of the meaning of Navajo and Pueblo ceremonialism, by a writer who is perhaps unsurpassed in his long and wide experience with the Indians of the Four Corners Country—where Arizona, New Mexico, Utah, and Colorado join to enfold this last Red Island in America’s White sea.

Masked Gods is a vast book, a challenging and profoundly original account of the history, legends, and ceremonialism of the Navaho [sic] and Pueblo Indians of the Southwest. Following a brief but vivid history of the two tribes through the centuries of conquest, the book turns inward to the meaning of Indian legends and rituals-Navaho sings, Pueblo dances, Zuni kachina ceremonies. Enduring still, these rituals and ceremonies express a view of life, of man's place in the creation, which is compared with Taoism and Buddhism-and with the aggressive individualism of the Western world.

Part One: The Masks