Pottery by American Indian Women: The Legacy of Generations [SOLD] 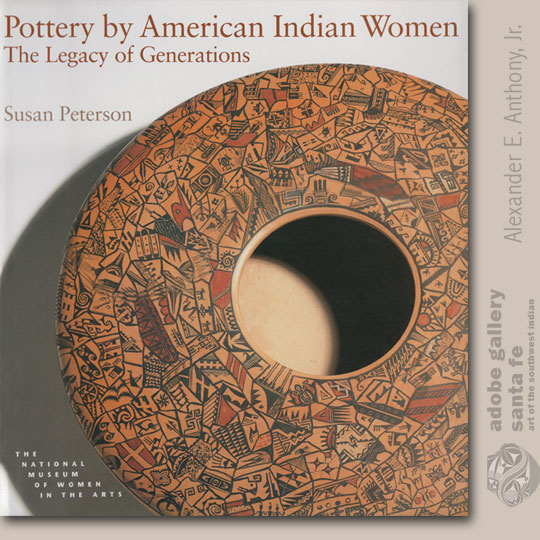 POTTERY BY AMERICAN INDIAN WOMEN The Legacy of Generations

Publisher: Abbeville Press, New York for The National Museum of Women in the Arts, Washington

A History of American Indian Pottery

The Matriarchs (6 potters listed and illustrated in 50 pages)

From the Jacket Cover

The text and lavish illustrations focus on the American Indian women who have maintained and expanded the art in the twentieth century: the craft’s six well-known matriarchs, family members who followed in their footsteps, and women working in the avant-garde.  In informal interviews, the potters explain their working methods and their aesthetic visions, allowing rare and surprisingly intimate glimpses into the fulfillment they gain from working the stuff of the earth into beautiful new forms.

Featuring specially commissioned color photographs of the exhibition works and the contemporary artists, as well as archival photographs of ancient pots and potters now lost to us, the book is sheer delight. 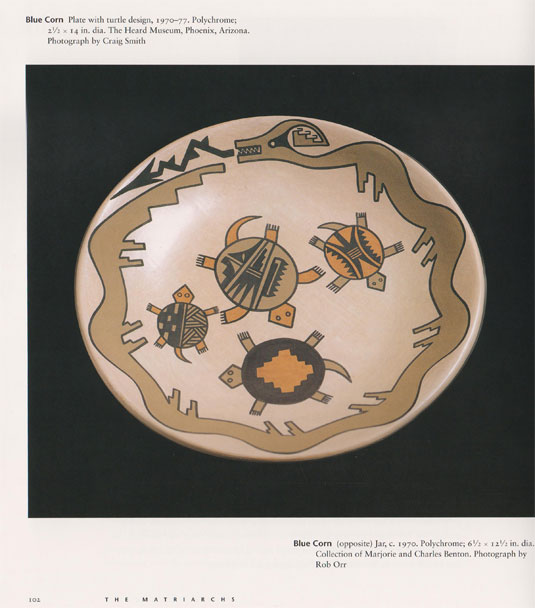