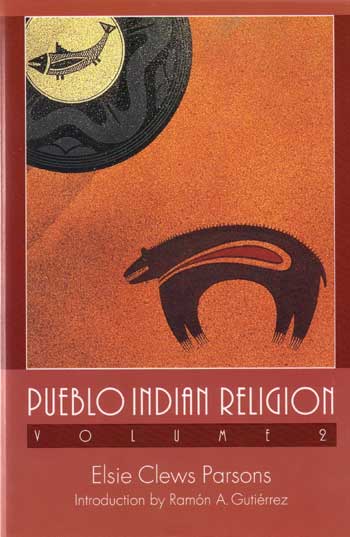 The rich religious beliefs and ceremonials of the Pueblo Indians of Arizona and New Mexico were first synthesized and compared by ethnologist Elsie Clews Parsons. Prodigious research and a quarter century of fieldwork went into her 1939 encyclopedic two-volume work, Pueblo Indian Religion.

Volume 2 presents an extensive body of solstice, installation, initiation, war, weather, curing, kachina, and planting and harvesting ceremonies, as well as games, animal dances, and offerings to the dead. A review of Pueblo ceremonies from town to town considers variations and borrowings. Today, a half century after its original publication, Pueblo Indian Religion remains central to studies of Pueblo religious life.

Elsie Clews Parsons, a prominent sociologist, turned her attention to anthropology at the age of forty, after a trip to the Southwest. Her investigations established her as an authority on the Pueblo culture and society. At the time of her death in 1941, she was president of the American Anthropological Association