Storytellers and other Figurative Pottery [SOLD] 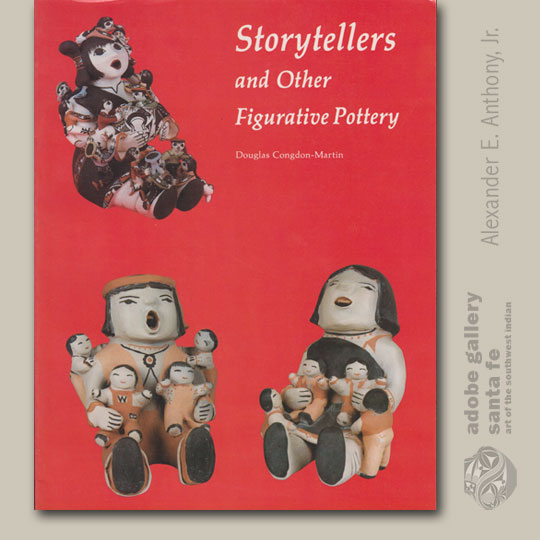 Storytellers and Other Figurative Pottery

Out of a long and rich tradition of pottery making among the Pueblo Indians of the American Southwest there has grown a new and exciting form. In 1964, Helen Cordero of Cochiti Pueblo created a clay image of her grandfather, Santiago Quintana, with five children clinging to him. With this piece the storyteller figurine was born.

Almost at once storyteller figurines caught the attention of the public. Beginning at Cochiti and continuing in the other pueblos, it became a favorite form of pottery. Now the form is even beginning to be used by others outside of the pueblos. The storyteller figurines have come to include not only male figures, but females, turtles, frogs, bears, and coyotes.In this new book, the reader will find the most extensive collection of these pottery figurines ever gathered in print. Over 400 pieces by nearly 150 artists are shown in full color, and organized by pueblo. In addition to storyteller figurines, nativities and other figurative pottery are represented.