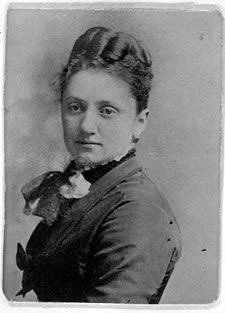 Born Matilda Coxe Evans, in 1872 she married James Stevenson (1840-1888), an ethnologist with whom she spent 13 years in explorations of the Rocky Mountain region. In the 1880s, the Stevensons "formed the first husband-wife team in anthropology."

In 1885, Matilda Coxe Stevenson became the first President of the Women's Anthropological Society of America.

After 1889 she was on the staff of the Bureau of American Ethnology of the Smithsonian Institution. Stevenson explored the cave, cliff, and mesa ruins of New Mexico, studied all the Pueblo tribes of that state, and from 1904 to 1910 made a special study of the Taos and Tewa Native Americans. Artifacts collected by Matilda and James Stevenson are in the collections of the Department of Anthropology in the National Museum of Natural History of the Smithsonian Institution. Papers from Stevenson are in the Institution's National Anthropological Archives.