BOOK OF THE HOPI [SOLD] 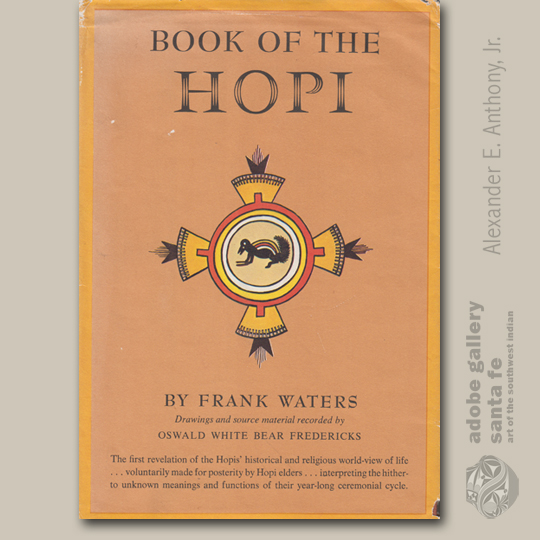 BOOK OF THE HOPI

From the Dust Jacket:

"For this ‘strange and wonderful book,' some thirty elders of the Hopi tribe of northern Arizona freely related the richly storied material. The book reveals for the first time in written form the Hopi world-view of life, deeply religious in nature, the meaning of which the Hopis have kept secret for countless generations. Its unprecedented contribution has been possible only because the Hopi elders themselves desired at long last to have recorded for their own future generations the principles of their ‘Road of Life.'

“The first two parts virtually constitute a Hopi Bible.  Part One tells the Creation Myth of three previous worlds, of their destruction, and of the Hopis’ emergence into each successive world, the present one being the Fourth.  Part Two, which might be viewed as the Hopi Exodus, tells of migrations over the face of the continent, until the Hopis arrived at their predestined homeland, the center of which is Oraibi, known to be the oldest continuously inhabited settlement within United States boundaries.  Here, in the austerely beautiful country which draws thousands of visitors yearly, was initiated the great annual cycle of religious ceremonies still carried on today.  Though scientific observers have accurately described these complex and abstract rituals, their meanings and functions have remained obscure until this book was compiled from Hopi ‘talk.’ Part Three gives eyewitness accounts of the ceremonies and relates their meaning to the myths and legends of Parts One and Two.  Part Four is a historical summary of the Hopis since the mid-sixteenth century when the white man’s records of them begin.

“For nearly three years, Frank Waters and his co-worker, Oswald White Bear Fredericks, tape-recorded the discourses of the Hopi elders.  White Bear, a full-blood Hopi educated at Haskell Institute in Kansas and Bacon College in Oklahoma, was especially qualified to translate the conversations, which were supplemented by later interviews with the spokesmen and by examination of various ruins in the Southwest for evidence in support of the legends.  Mr. Waters wrote the text and, from the vast material thus assembled, checked its final form with his Hopi informants.

“The breaking of Hopi silence is significant and fascinating in many ways, quite apart from the beauty of a conception of life within the natural world that is completely untouched by materialistic ideas.  Ever since they were first studied many years ago, Hopi ceremonials have baffled anthropologists and ethnologists, and the revelation of the beliefs that inspired the ceremonies will give rich material to these fields of study and to anyone interested in American culture.  The migration legends plus Hopi informants’ identification of ancient pictographs found throughout the Southwest and elsewhere are noteworthy for pre-Columbian historians and for archaeologists.” 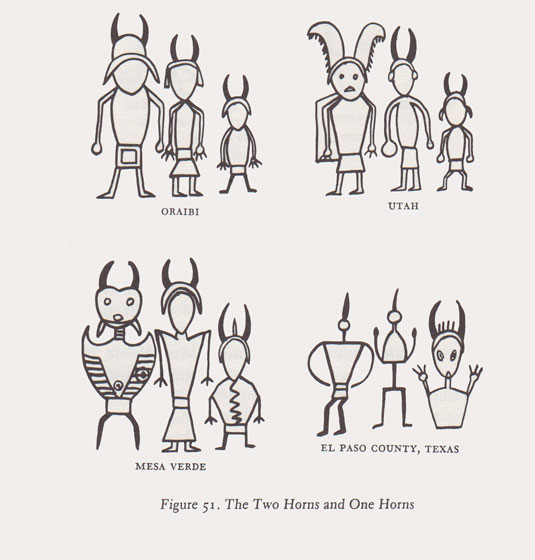