INDIAN BASKETRY and How to Make Indian and Other Baskets [SOLD] 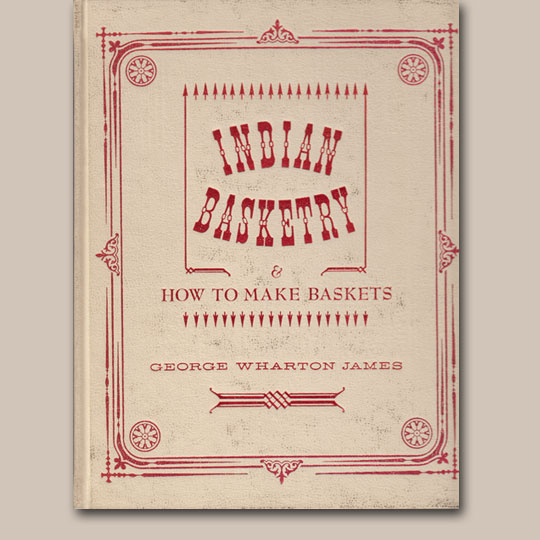 First edition of Indian Baskets self-published by the author in 1903, Pasadena, California.

First edition of How to Make Indian and Other Baskets self-published by author in 1904.

This Hardback Rio Grande Press first edition published in 1970, second printing in 1972. This edition combines the two previous books into one.

In 1903, when this book was first published the art and handicraft of artifact weaving with grass and reed materials was a hobby enjoyed by thousands from coast to coast.  But before the white man took it up as a hobby, the American Indians and their forebears wove these textile utensils as a matter of necessity.  Long before the Anasazi (the Ancient Ones) developed clay vessels for water and cooking, these resourceful Americans were ingeniously fabricating containers of grass and reeds of such excellence as to hold water and even provide certain cookware.

As time passed, the plain utilitarian artifacts began to become less plain and more complex.  The simple art of hand weaving with grass and reeds became gradually more complex and colorful.  By the time the American frontier ceased to exist (1890-1900), and the white man had the safety and the time to observe and develop his own version of the ancient art, the native skill had nearly died away.  Still, between the ever-artful Indians and their ever-ambitious white cousins, the art and craft of basketry took new life and burgeoned into a flourishing industry as well as a hobby.  One might call this period the classical period of basketry. 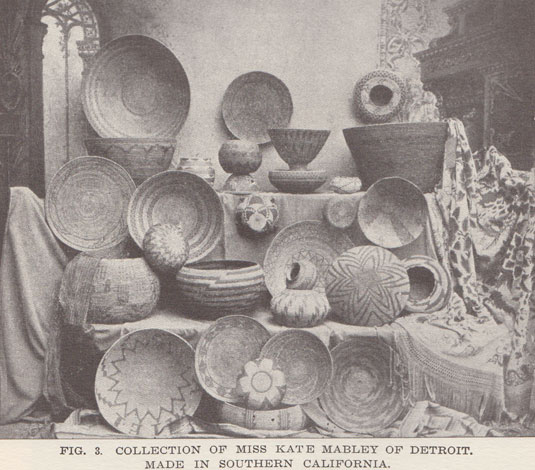