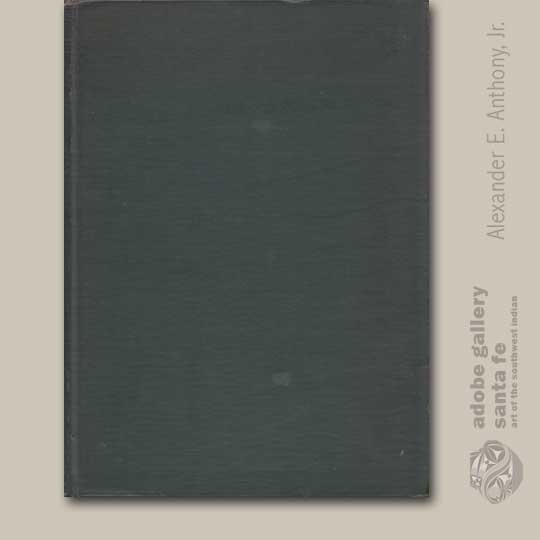 PUEBLO POTTERY MAKING—a Study at the Village of San Ildefonso

Published for the Department of Archaeology, Phillips Academy, Andover, Massachusetts

By The Yale University Press, 1925

“The present paper is a careful study by Dr. Guthe of pottery making at San Ildefonso, a typical Pueblo Indian town on the Rio Grande, north of Santa Fe, New Mexico.  The field-work was undertaken in 1921 as part of an archaeological survey of the Southwest, that has been carried on for a number of years by the Department of Archaeology of Phillips Academy.  From prehistoric archaeology to modern pottery making may seem a far cry, but in the Southwest the past merges almost imperceptibly into the present, and the Pueblos of today live in almost exactly the same way, and practise almost exactly the same arts, as did their ancestors of a thousand years ago.  In the Southwest, therefore, the archaeologist has the invaluable opportunity of observing, and of studying at first hand, the life whose earlier remains he unearths from the ancient ruins.”