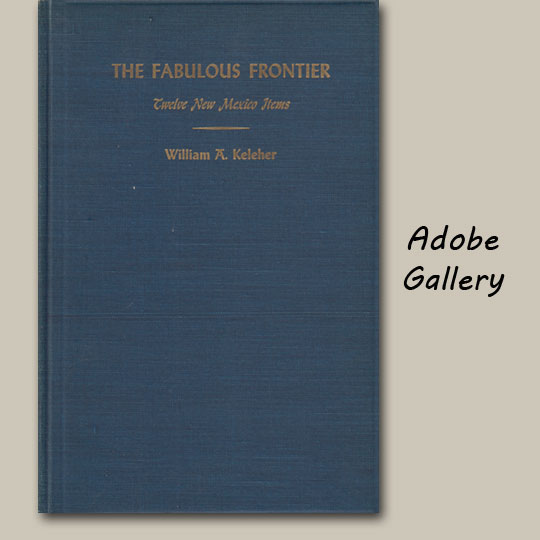 by William A. Keleher

The Fabulous Frontier is an attempt to recapture some of the atmosphere prevailing in Territorial days in Southeast New Mexico.  For decades that part of New Mexico was marked “The Staked Plains,” on government maps and shunned by Apache, Spanish colonists, and Gringo alike.  Although some were born subsequent to 1860, many men of prominence in early day Southeast New Mexico were veterans of the Army of the Occupation of 1846, or men who had seen service during the Civil War either in the California Column or some other contingent in the Federal or Confederate Army.

New Mexico was decidedly a bit of the last Western frontier.  Murder was a common offense. Stagecoach robberies were nothing to get excited about.  It was nothing unusual in the seventies and eighties for outraged ranchers to run down a horse thief, cut off an ear, turn him loose, branded and bleeding, as an advertisement and a warning. In the seventies and early eighties there was great unrest among the Indians in New Mexico.  The Apaches, the Utes and the Navajos, to name only three of the tribes, had grievances of importance, but believed that only by going on the warpath would the attention of the federal government be focused on them and their problems.