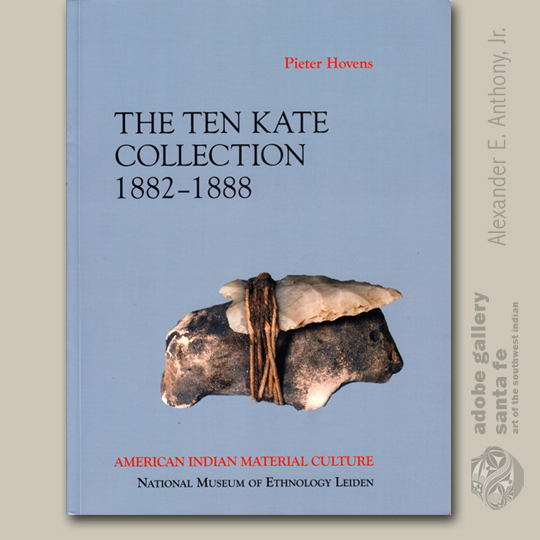 During two years of fieldwork in the American West in the 1880s, the Dutch anthropologist Hermann ten Kate (1858–1931) assembled a sizable collection of Native American artifacts. These pieces, ranging from utilitarian tools to exquisite works of art, are important especially because of their well-documented collection history and early date of acquisition. Some of the objects—the vast majority of which are today housed in the National Museum of Ethnology in Leiden—represent the oldest preserved specimens of their kind. This catalog presents the complete collection and places the artifacts in their cultural and historical context by drawing on Ten Kate’s own travel diaries and anthropological studies spanning more than a century of research, as well as Native American oral traditions.

- Herman ten Kate, Anthropology, and Fieldwork in the American West

- Indians of the Great Lakes and Woodlands

- The River and Upland Yumans

- People of the Mesas

- Shepherds and Weavers of the Colorado Plateau

- Indians of the Plains