Copper and Mica Lamp Possibly by Jauchens or Van Erp 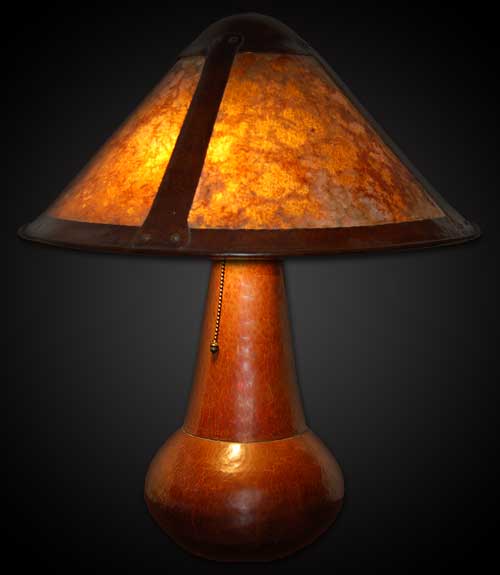 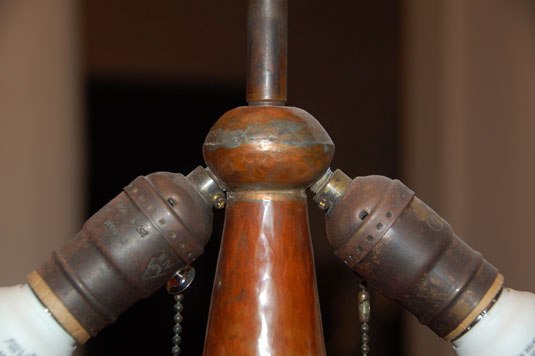 This is a vintage hand-hammered copper lamp with a copper and mica shade that has been identified as possibly having been made by Hans Jauchens or Dirk Van Erp.

Hans W. Jauchens (1863-1970), originally from Germany, came to California from Hamburg around 1911. He was in partnership with Fred T. Brosi from 1915 to 1918, and then each operated their own copper shops. They apparently formed another partnership around 1922 and sold their copper wares in San Francisco until about 1925. I have not found additional information about Jauchens after 1925.

Dirk Van Erp was born in the Netherlands in 1860 and travelled to California in 1885. In 1910, he opened a shop in San Francisco. Van Erp specialized in making hand-hammered copper lamps with mica shades that cast a warm glow complimenting the warmth of the copper bases. Van Erp retired in 1929, turning his studio over to his son William.

This copper and mica lamp is not signed. The attribution to one of the above artisan was made by Blue Heron Gallery of Fallbrook, California, at the time the lamp was purchased from them in 2000. The statement on the sales ticket reads “San Francisco mica & copper lamp, circa 1910 possibly Jauchens or Dirk Van Erp.”

The lamp has double sockets for two bulbs.It is in excellent condition. It appears to have been re-wired to current standards. 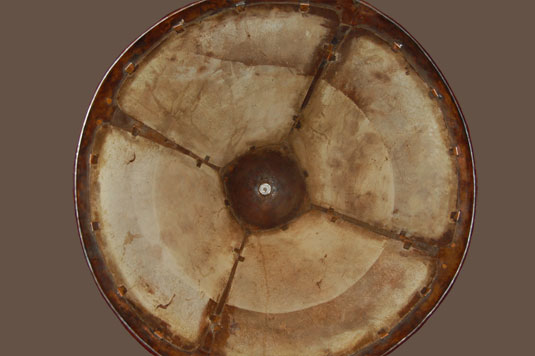 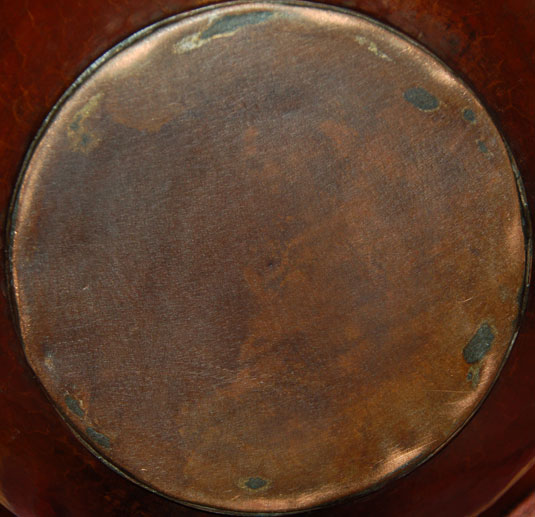 Arts and Crafts in New York [SOLD]
by Author Unknown