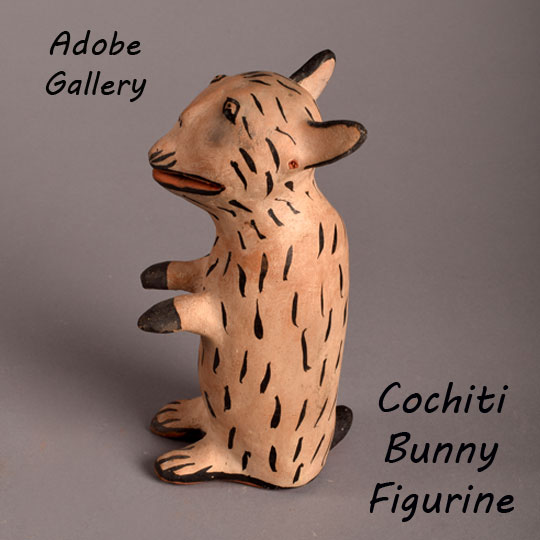 Although not signed with the name of the potter this upright bunny pottery figurine is almost certainly by a family member of Damacia Cordero, if not by Damacia herself. The eyes are very much like those of Damacia and daughter's pottery figurines.

In 1999, Adobe Gallery's archival record indicated Damacia's name followed by a question mark. So, two decades ago we thought it might have been made by Damacia Cordero, but we were not positive.

Regardless, it is a charming bunny figurine and, again, in our records, we documented it in 1999 as an "Easter bunny." It is in original condition.