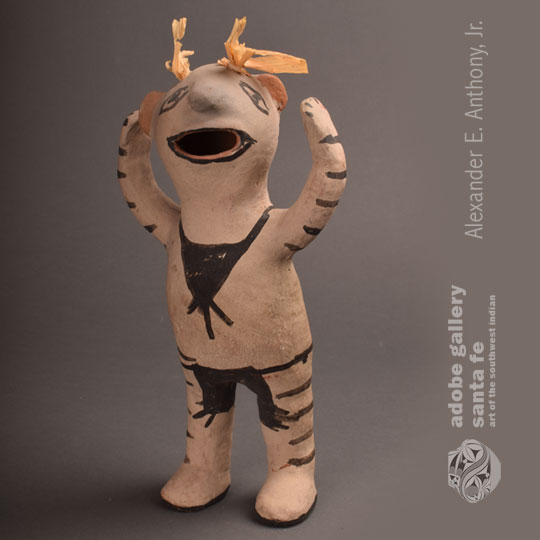 Cochiti Pueblo potters are recognized as the twentieth century’s most adept potters at making humorous figurines, whether they are of people or animals. This Koosa clown has a large nose, big eyes, wide open mouth and is holding his arms up in the air. The cornhusks on top of his head represent his hair.

Non-native visitors are not permitted to witness dances at Cochiti Pueblo when such clowns are present.  It is for this reason, probably, that this figurine is not signed with the name of the artist.  There may have been restrictions on such figurines being made for sale so the potter may have chosen not to tempt fate.

The figurine is provided with a stand for safely displaying him.

Condition: This Unsigned Cochiti Pueblo Standing Clown Pottery Figurine  has had his left leg broken at the ankle and glued.