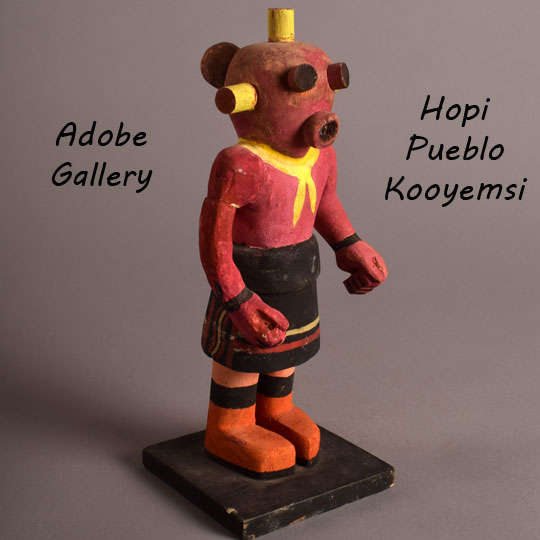 This Hopi Pueblo Kooyemsi carving has suffered some problems.  His right arm appears to have been replaced from the area of the arm pit.  It is longer than the left arm and the paint is a different color.  The knobs on his head and his eyes appear to have been made from a wood dowel rather than carved from cottonwood.  Perhaps the original knobs on the mask were missing and replaced.

The carving is a legitimate Hopi Mudhead Katsina doll but he has suffered mistreatment.  It is mounted on a square black wood platform of the style used by the Fred Harvey Company on many of its katsina dolls.  There are no other identifying markings to indicate a Fred Harvey provenance, however the doll is part of the collection with that provenance.