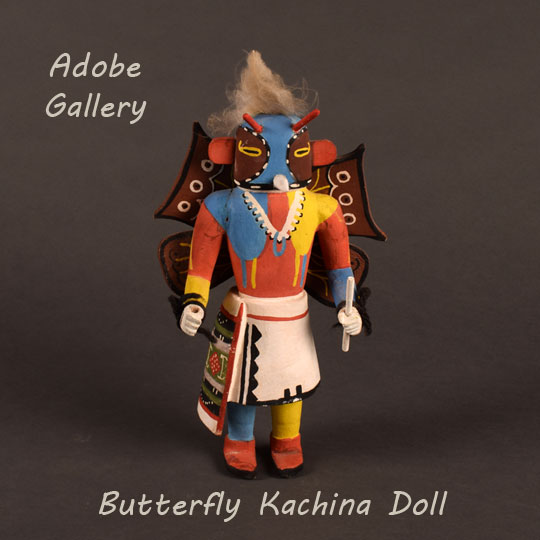 This katsina is a representation of the butterfly.  The Hopi neglect few things in their environment when impersonating katsinas.  Insects, such as the butterfly, occupy as important a position in the pantheon of spirits as others that might be presumed to be more important.  Each, however, has a position and some power or attribute associated with it that makes it an essential katsina.

This representation of the male butterfly is known as the Poli Taka.  His companion is a female known as Poli Mana.  They usually appear in a mixed Katsina dance or in an all Butterfly Katsina dance.  A Poli Tio Katsina would be a young boy who may appear as a partner to the Poli Taka.

Condition: very good condition with some repairs to the right shoulder and both feet.

Provenance: this Hopi Pueblo Male Butterfly Kachina Doll, Poli Taka Katsina is from the collection of a client from New York