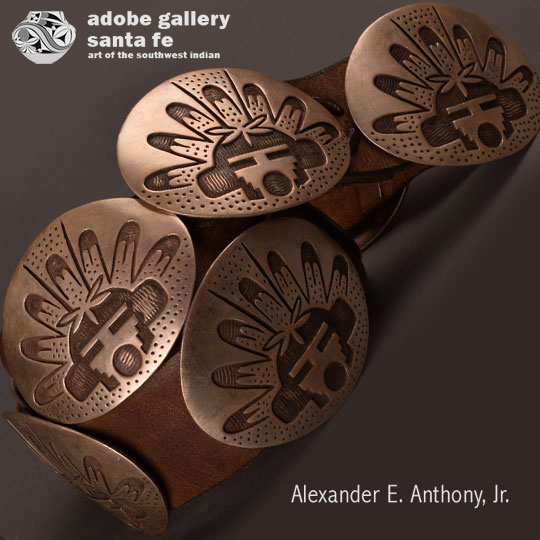 "The Talavai Kachina formerly appeared in pairs on the rooftops and sang songs, waking the people in the village.  During the day they would dance with the other kachinas whom they led and prompted in the singing.  This role is no longer used in any of the villages.  They still appear with the other kachinas in the Powamu Ceremony and are most often standing in a set to one side of the main movement of the procession.  Occasionally they sing as they stand holding their spruce trees and ringing their bells." Barton Wright 1973 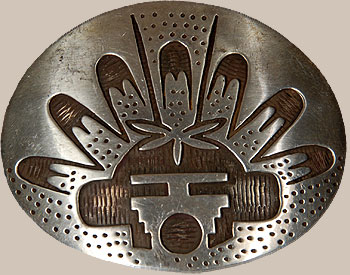 Although there is some evidence that Hopi overlay silver jewelry had its beginning as early as the late 1930s, it did not mature into a producing craft art until after World War II.  There were silversmithing classes from 1947 to 1951 but none of those students continued silversmithing.

The Indian Arts and Crafts Board (a U. S. government department) and the Hopi Tribe collaborated on the formation of the Hopi Silvercraft Guild in 1949 and noted Hopi artist Fred Kabotie became the manager.  It was then that Hopi overlay jewelry found its acceptance.

Hopi overlay technique involves cutting out the desired design in one piece of silver and overlaying that onto another piece that has been incised and oxidized.  Polishing is accomplished with steel wool which results in a matte rather than a shiny surface.

Condition:  this Hopi Pueblo Silver Overlay Jewelry Belt with Talavai Katsina Mask by Manuel Hoyungowa is in excellent condition with only some minor scratches on the silver

Provenance: from the Balcomb family 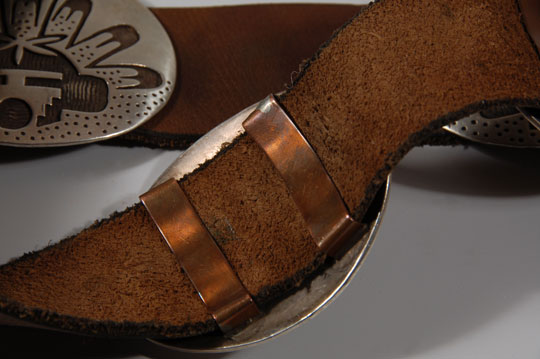