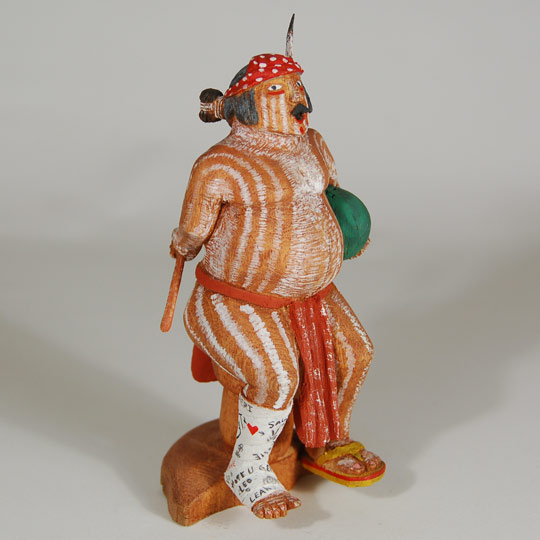 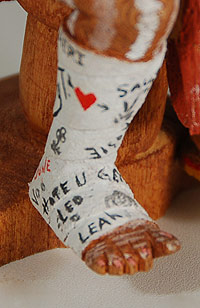 There is a category of Hopi Clowns that has been named Piptuyakyamu.  They represent a group of Hopi men who band together to perform impromptu skits for the amusement of the people. They are not sacred clowns, as are the Koosa, nor are they equivalent to the Koyemsi - Mud Heads.  They do not have a prescribed appearance except for painting their faces white, and may appear in any dress of choice.  They dress according to the skit being performed.  Their antics are usually something related to happenings at the pueblo.  Their skits are usually presented in the most obscene manner possible.

Accompanying the Piptuyakyamu are other personages that have been named Quasi Clowns because no other name fits their demeanor. One of these is the Tasavu or Navajo Clown.  Unlike the Piptuyakyamu, who always appear in different costumes, the Tasavu always appears in the same dress, that imitating a Diné.  It is in this personage that this clown mocks and makes fun of their neighbor, the Diné.

This carving of a Tasavu Clown presents a Diné wearing nothing but a loin cloth.  On his right leg he wears a cast and on his left foot a flip-flop.  His walking cane is being held behind his back and he has a watermelon in his left hand. He is obese, part of the mockery of the Diné, who generally are not obese.

Condition:  this Hopi Tasavu Clown Poking Fun at the Navajo is in original condition

Provenance: from the estate of Tom Mittler, a former resident of Michigan and Santa Fe