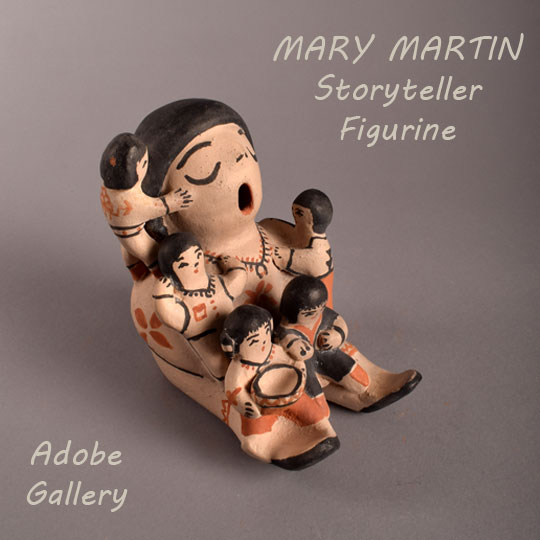 Cochiti Pueblo artist Mary Martin made this female pottery storyteller figurine in 1982, as she signed and dated it at the time. It is a female with 5 children.  In traditional storyteller fashion, the adult has her mouth open in song or story and eyes closed in thought.  The children each seem to be occupied in their own activities.  The adult is wearing a dress that is decorated with orange floral designs, and she has a squash blossom necklace hanging around her neck.  One child is holding an empty bowl.

The figurine is signed and dated 1982.  We purchased it from Mary Martin (1927-2011) Tsiranitsia at that time, sold it to a client in Texas, who consigned it back in 2002, at which time we sold it to the current owner from whom we now have it back.  It is in original condition.with one minor spall mark on a child’s head.