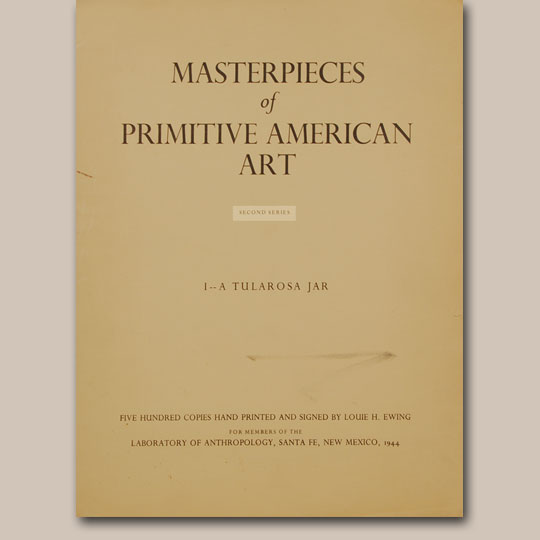 In the 1940s, the Laboratory of Anthropology in Santa Fe published several series of silkscreen prints "Masterpieces of Primitive American Art" by Santa Fe artist Louie Ewing.  Each series contained 6 silkscreen prints and each print was placed in a brown paper folder with the title on the front and a description and explanation of the article of the silkscreen print.

The First Series was published in 1942-43 in an edition of 500 copies, exclusively for “Members of the Laboratory of Anthropology, Santa Fe, New Mexico.”  This series is no longer available.

Provenance: this MASTERPIECES OF PRIMITIVE AMERICAN ART - Second Series is from the collection of a family from Artesia, New Mexico

This Second Series was published in 1944 in an edition of 500 copies, also exclusively for Laboratory members. This Second Series includes the following silkscreen prints (click on any image for a larger view): 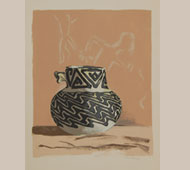 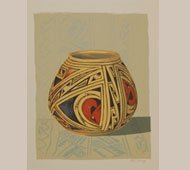 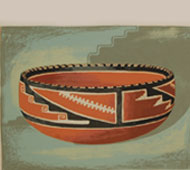 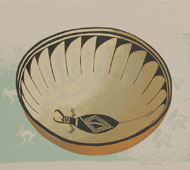