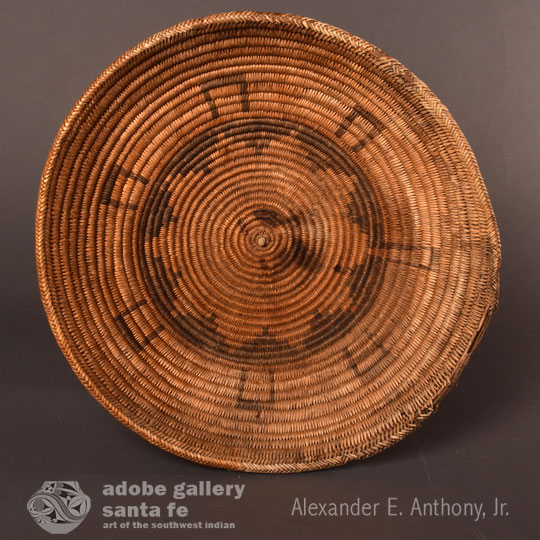 Resting on the single row of red are a series of black gold posts which were not part of the accepted standard design.  Instead of those posts, an identical mirror image section like the black triangles below the red row of weave became standard.

One might wonder why Marti Struever, Santa Fe Indian art dealer and collector, retained in her collection a basket with this amount of rim damage.  The answer is that this is a rare example of early Diné basketry and that seems to have been a particular item of interest to her. If you have followed our previous postings of her Diné basket collection, you would have seen quite a variety of early Diné basket designs.  This is the last one from her estate.

Condition: there is some rim damage and staining that would be expected for a basket of this vintage and use