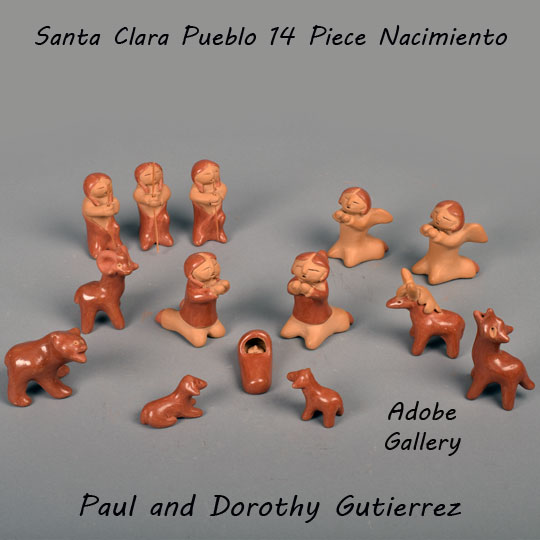 This expanded pottery nativity set or nacimiento set by Paul and Dorothy Gutierrez of Santa Clara Pueblo consists of the three-piece Holy Family, two angels, three shepherds, two sheep, a coyote, bear, ram, and a donkey.  It was executed in traditional beige clay with highlights of stone-polished red slip.

The addition of a ram, bear, and coyote sets this one above many others that feature only domestic animals.  It sets the scene outdoors among nature.

Provenance: this Santa Clara Pueblo 14 Piece Nacimiento by Paul and Dorothy Gutierrez is from the collection of a Santa Fe resident