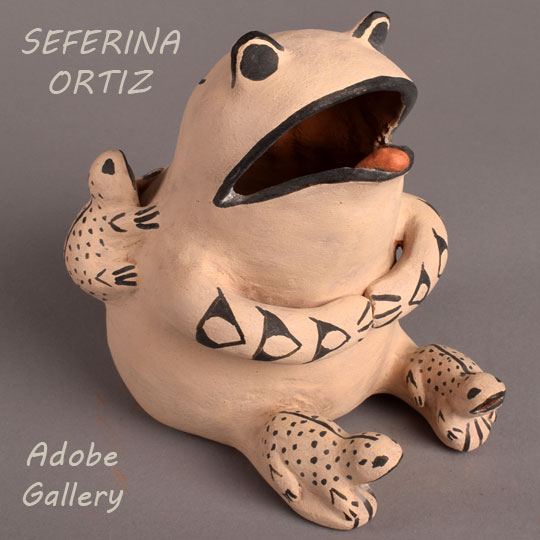 The adult frog has his or her mouth open and tough partially exposed.  The back is painted with two matching traditional Cochiti rain cloud symbols.  There are two baby frogs clutching on the back and two more sitting on the front legs.

This figurine was made in 1991, at which time we purchased it from Seferina and then sold it to a client from whom we now have it back.  It is in original condition.