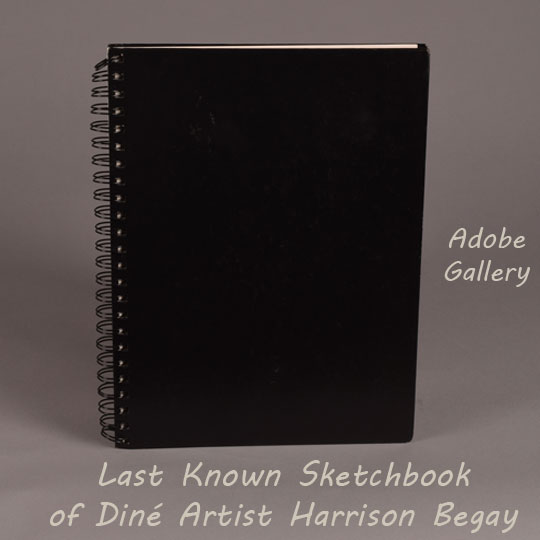 Those who appreciate artwork of the Navajo Nation will be excited by this extraordinary find: the last known sketchbook of Diné artist Harrison Begay.  A collector of Begay’s artworks acquired this sketchbook at Flagstaff, Arizona’s Americana Indian Show.  This acquisition happened in 2013—not long after Begay’s passing.  We are pleased that the collector’s estate has allowed us to make it available for sale. The sketchbook itself is a Field Strathmore Sketchbook containing recycled acid-free paper.  Taped into the interior of the book’s cover is a photograph of Begay.  He’s smiling, proudly holding a large painting.  He’s not a young man in this photograph, which suggests to us that it was taken around the same time this sketchbook is known to have been used. 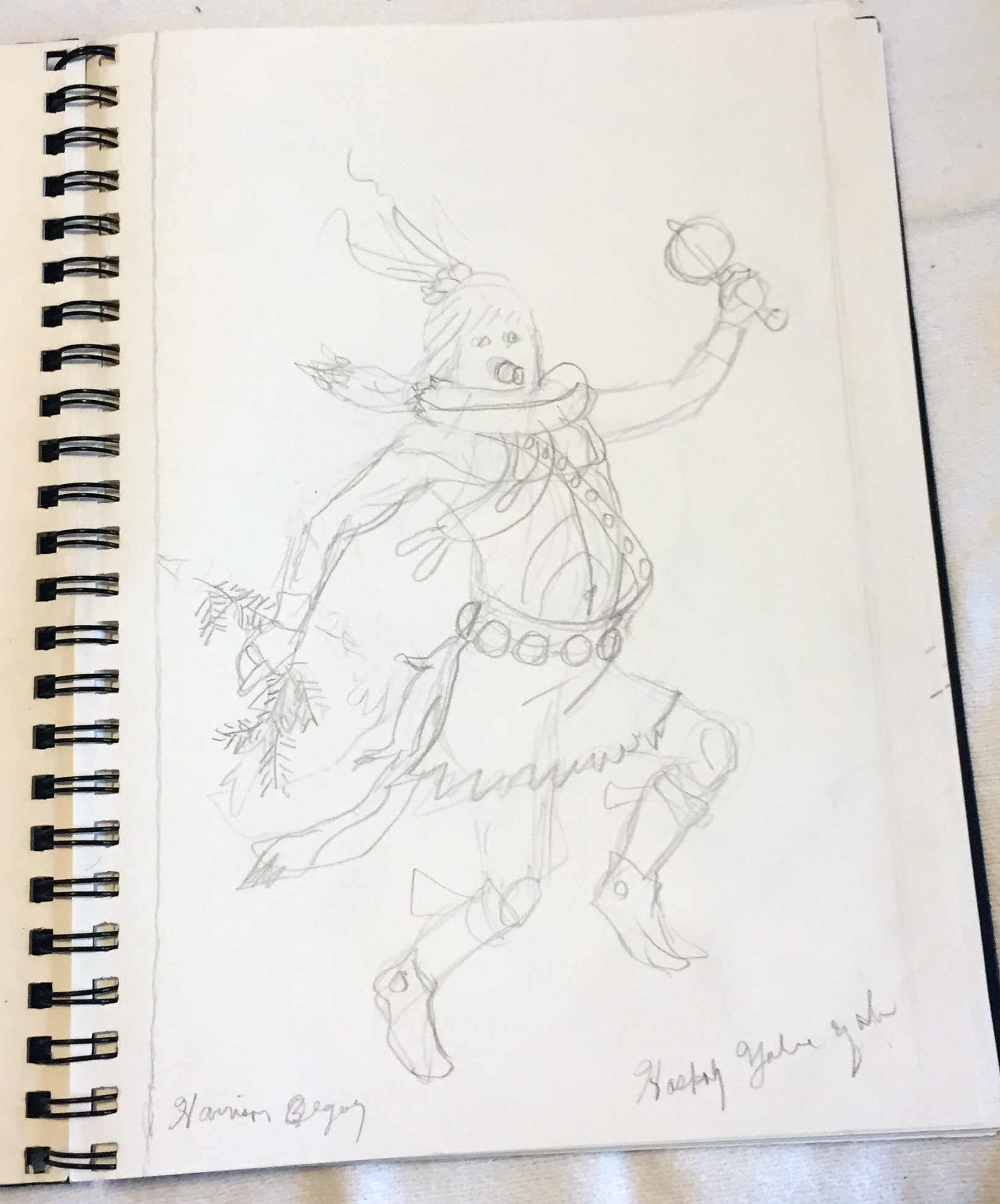 The sketchbook contains 18 pages of pencil drawings.  Some are fully-formed images, and others are just the beginnings of ideas.  Some are signed, others are not.  Some contain the rain cloud and guardian rainbow designs that frequently adorned his paintings, and others focus only on the primary human or animal subjects.  Some contain fairly elaborate natural settings, others include just a single line as a ground plane. Some are precise and detailed, and others look as if they were composed hastily. Collectors of Begay’s paintings will find many familiar images within this book.  They’re not all familiar, though—there are a few ideas included here that may have never made it all the way to the painting stage.  Looking through this sketchbook is a treat, as it provides a glimpse into the creative process of one of the most influential Diné artists. 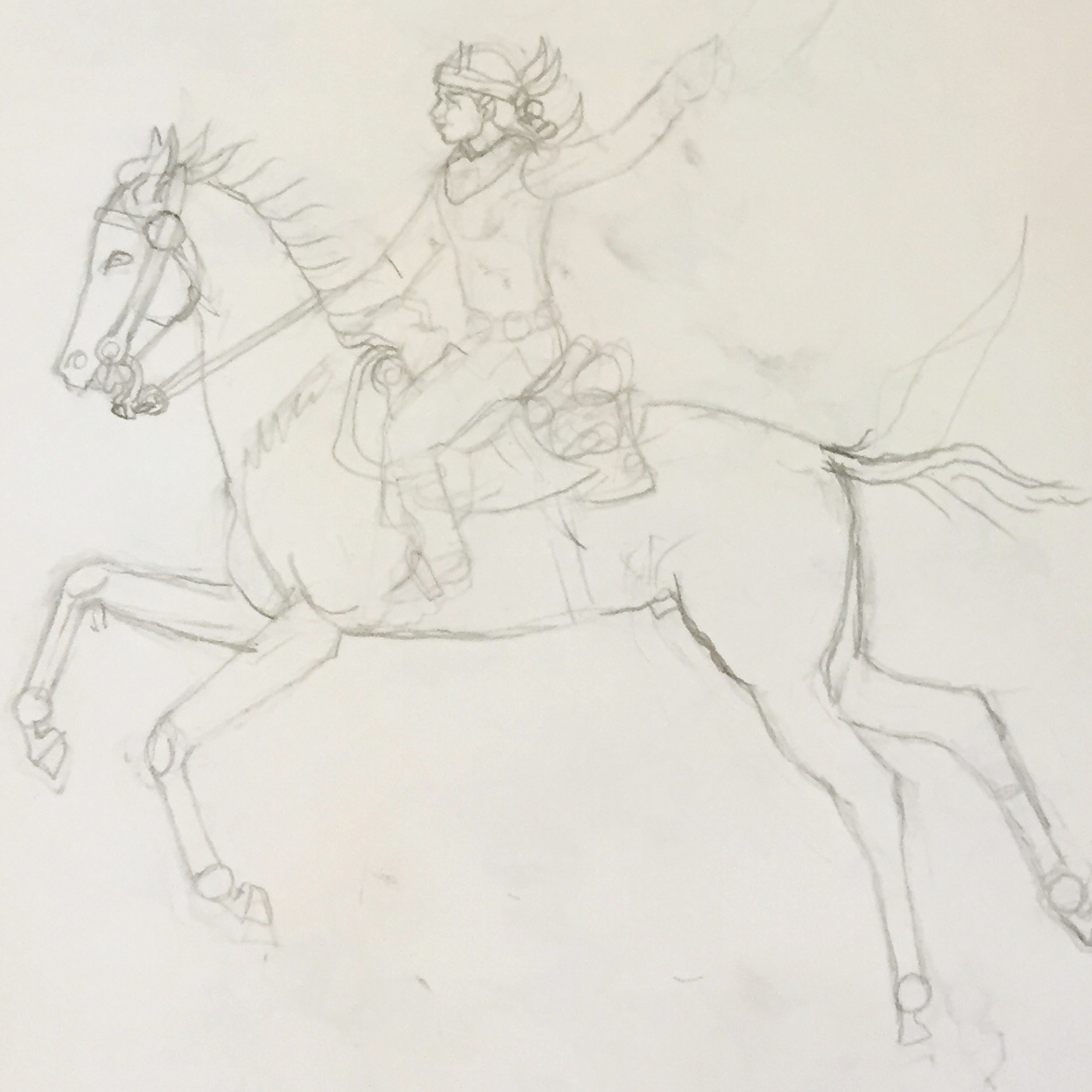 Note: above artist image from original photograph found in this sketchbook.

Provenance: this Very Rare Last Known Sketchbook of Diné Artist Harrison Begay is from the estate of a collector who purchased it at the Americana Indian Show in 2013