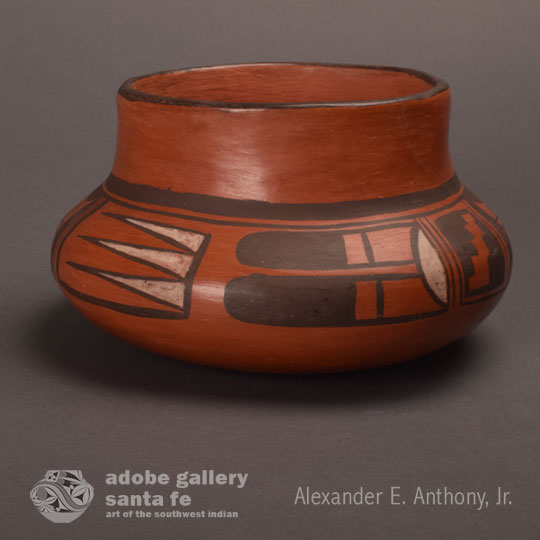 This Southwest Indian Pottery jar from Hopi Pueblo appears to be from the mid- to late-twentieth century. The body is squat and wide, and the neck is long and straight up.

It is always tempting to assign a black and white painted design on a red Hopi-Tewa jar to the hands of Annie Healing Nampeyo (1884 - 1968) Quinchawa or even Garnet Pavatea (1915-1981) Flower Girl, however, there were other potters who made similar styles. It appears that the jar was signed with the name of the potter, but it is mostly obliterated.

Condition: this Hopi-Tewa Black and White on Red Pottery Jar is in very good condition

Provenance: from the extensive collection of a family from Colorado