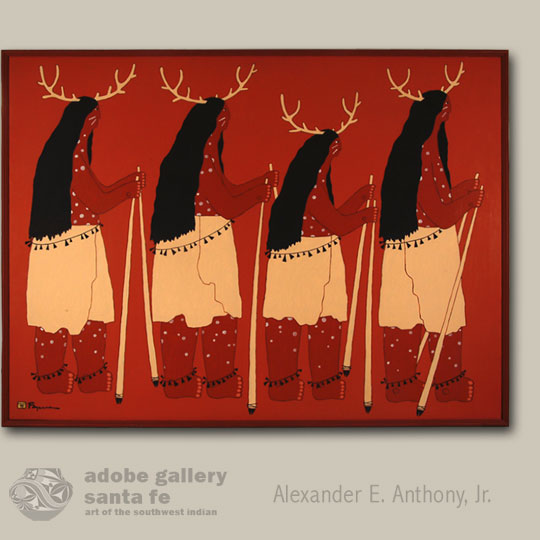 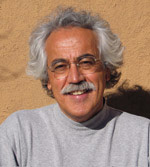 Harry Fonseca (1946-2006) was an artist of Portuguese, Hawaiian and Nisenan-Maidu descent. He was born January 5, 1946 in Sacramento, California, and was raised in Bryte, California. Fonseca attended local schools, including California State University Sacramento, where he majored in fine art with emphasis on "primitive" styles and forms.

This painting is part of Fonseca’s exploration of his Maidu heritage.  This was before he moved to New Mexico; and this work pre-dates his New Mexico life.  Beginning in the early 1970s he began learning more about his Nisenan (Southern Maidu) heritage by attending dances, participating in dances, learning from Maidu elders and doing his own research. Bernstein

This is a painting of four men participating in a Deer Dance ceremony. In New Mexico pueblo culture, such a dance is a plea to the spirit of the deer to make himself available for the people in need of food.  It also is then performed as a thank you to the deer for having done so. It is quite possible that a similar ceremony is performed by the Maidu culture.

The men are dressed in white buckskin kilts with a belt of shells around their waists. Each carries two poles that are used to represent the front legs of the deer during a dance.  Each also wears a headpiece of deer antler. They have body paint of white circles and a pair of stripes on their chins.

Condition: this Untitled Painting of Four Deer Dancers is in original condition

Provenance: from the estate of a New York client who amassed a large art collection of Native American artists. 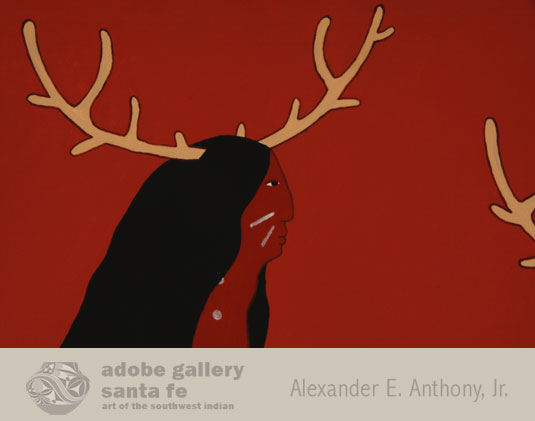