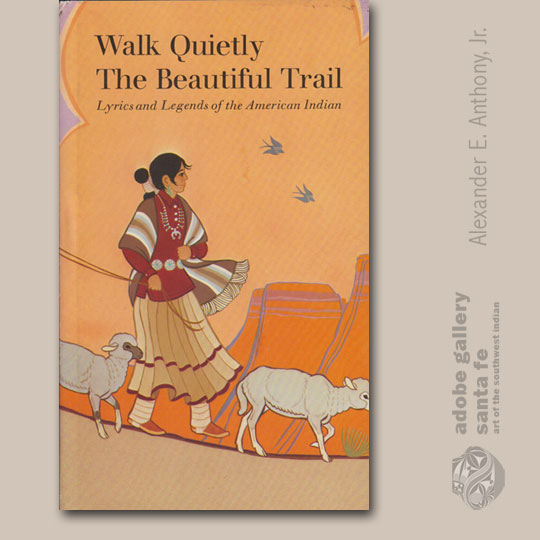 Walk Quietly the Beautiful Trail is the Indian’s celebration of himself and his world.  Here are echoes from a wilderness wonderland—rainbow colors reflected in the corn, buffalo roaming on the open prairie, the melodious song of the bluebird as he wakes the sun at dawn.

The text is a compilation of songs, poems and legends from many tribes.