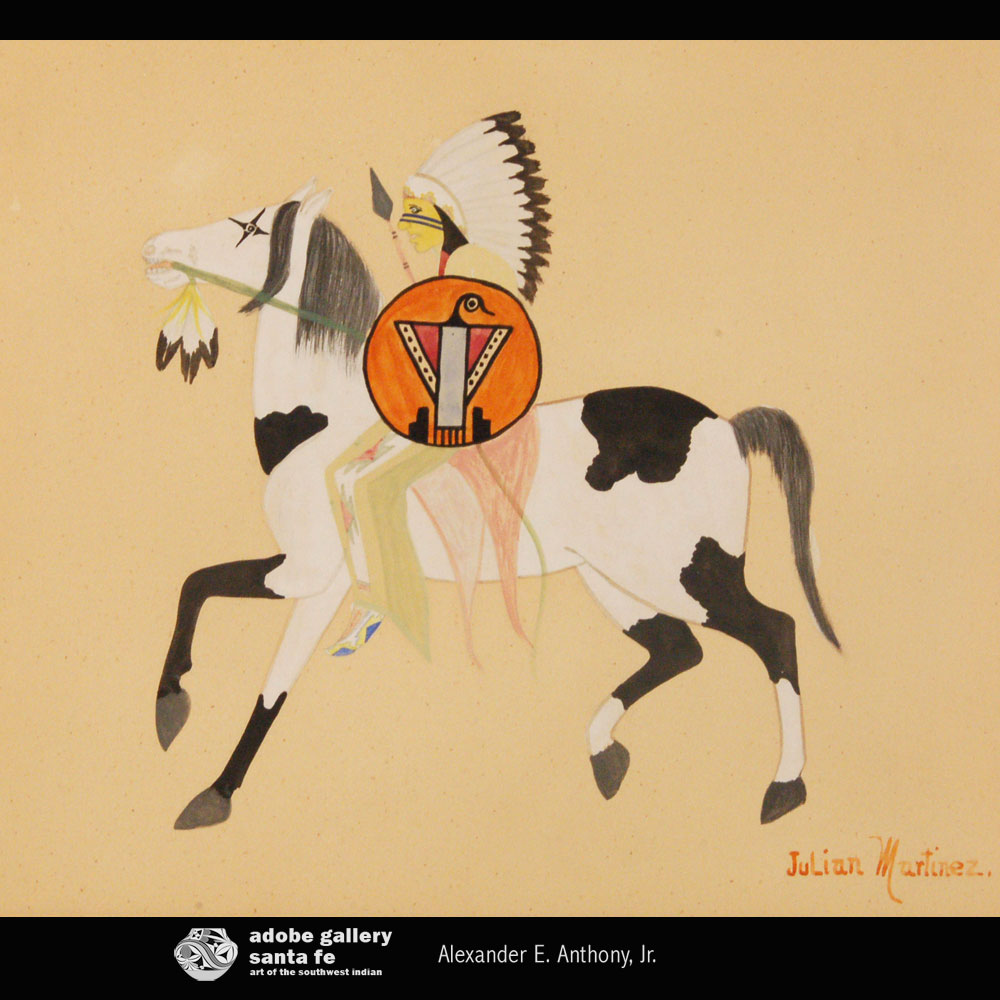 Julián Martinez (1885-1943) Pocano - Coming of the Spirits was an artist who was born, lived most of his life, and died at the small but artistically rich San Ildefonso Pueblo. He is perhaps best known for painting designs onto the pottery vessels created by his wife-the famous San Ildefonso potter Maria Martinez. He painted works on paper, too, and did so successfully despite receiving no formal art education. He was the father of Popovi Da and the grandfather of Tony Da, both of whom went on to become famous and successful artists themselves. Martinez was an important part of two major artistic movements: the beginnings of both black-on-black San Ildefonso pottery and traditional "flat style" pueblo painting.

His works on paper are considered most rare, simply because he didn't have time very much to paint.  Besides painter and pottery designer, his various occupations included farmer, laborer, Museum of New Mexico janitor, and Governor of San Ildefonso Pueblo.  According to Jeanne Snodgrass' American Indian Painters: A Biographical Directory, Martinez began painting around 1920.  He mostly painted traditional pueblo "flat style" depictions of pueblo dancers, but occasionally strayed away from tradition and towards abstract symbolism.  Martinez's paintings were among those selected by Mary Jane Colter to decorate La Fonda Hotel in Santa Fe, New Mexico. He received several commissions for murals, which can be seen at the Santa Fe Indian School; Mesa Verde National Park, Colorado; and the School for Advanced Research in Santa Fe.