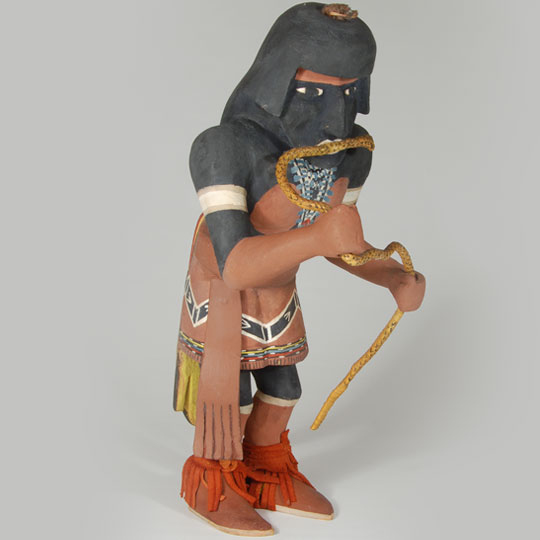 At the end of the nineteenth century, very few tourists had ever seen the Hopi Snake Dance; however, many had heard tales of a dramatic ritual that only occurred every other year in isolated Indian villages in Arizona. This religious ceremony that Victorian society found so horrifying—and so fascinating—soon grew into a symbolic representation of "Indian Country" in the Southwest. The Passenger Department of the Santa Fe Railway played upon sensationalist, tourist visions of American Indians when it published Walter Hough's travel guide The Moki Snake Dance.  It was described as A popular account of that unparalleled dramatic pagan ceremony of the Pueblo Indians of Tusayan, Arizona, with incidental mention of their life and customs.

Condition: very good condition after having some paint touch up by a professional conservator.

Recommended Reading: The Moki Snake Dance by Walter Hough Ph.D.  An Avanyu Publishing 1992 reprint of the original is currently available from Adobe Gallery. 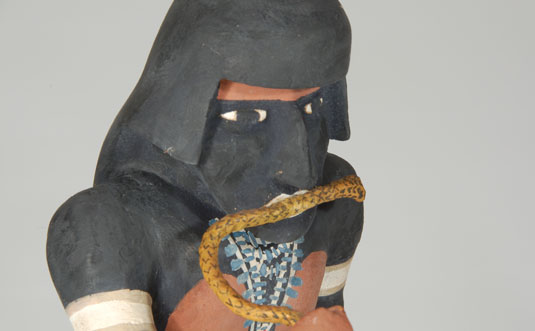