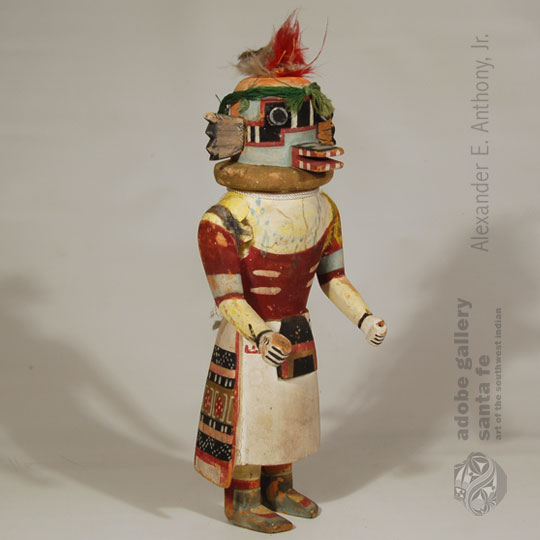 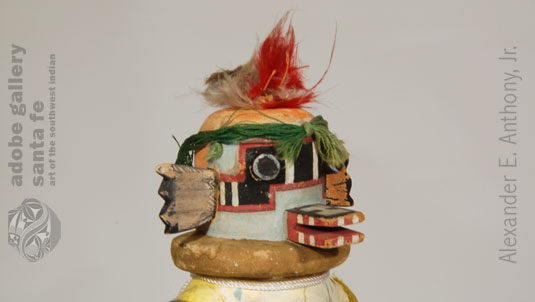 Barton Wright states that the name Holi comes from the word that this Katsina constantly sings or shouts. Third Mesa villagers maintain that they originated this Katsina and it was witnessed for the first time in the spring of 1904.  He appears in both Kiva and Plaza Dances.  The black line across his face is said to represent lightning.

This Hopi Holi Katsina Doll carving appears to date to circa 1950s.  It does stand unaided.  It is not signed.  Illustrations show that this Katsina carries a bow and arrow in one hand and a rattle in the other.  Those items are missing from this carving.

Condition: both arms have previously separated at the shoulders and been glued back in place.  Some paint chips around shoulders.  Paint and some wood loss on feathered ears.  Minor water stains.

Provenance: from the collection of a client from Oregon to whom we sold this in 2002 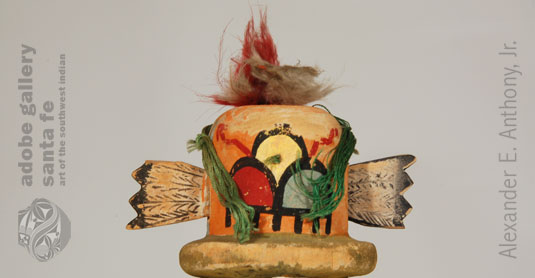