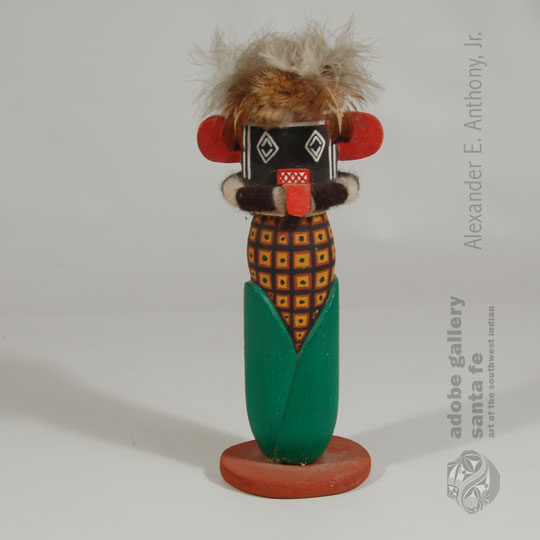 This katsina doll is not signed with the name of a maker so it was probably made by a Hopi male and presented as a gift to a Hopi female.  Such gifts are never signed by the maker.

Provenance: from the extensive collection of a family from Oklahoma who purchased it from Gustaffson Gallery in Oklahoma City in 1995. 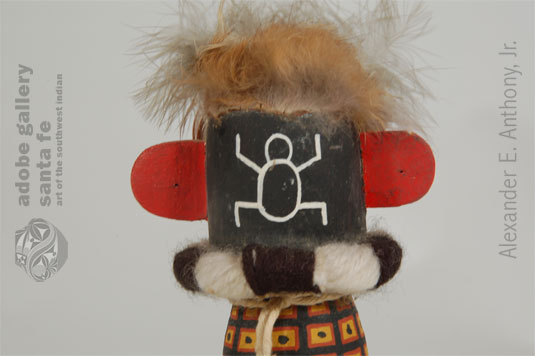