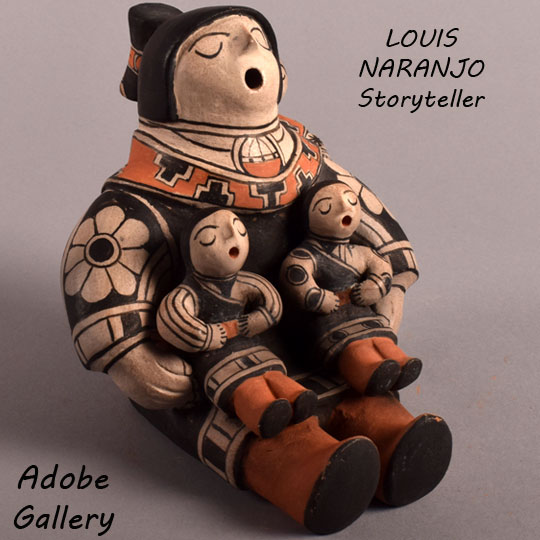 Cochiti Pueblo artist Louis Naranjo created this female storyteller pottery figurine which dates to 1990.  She is elaborately dressed in well-decorated clothing.  Her dress is beautifully decorated with both arms featuring large flowers.  There is a wide patterned hem on the dress.  She is weaning a shell necklace.  The scarf around her neck securely holds a child on her back.  Two young girls sit on her legs.  Each girl is elaborately dressed.  Everyone has closed eyes and open mouths.

Adobe Gallery purchased this storyteller, along with an accompanying male (see Item #C4401.32), in May 1990 from the artist and then sold both to a client from whom we now have them back.  Both are in original condition.