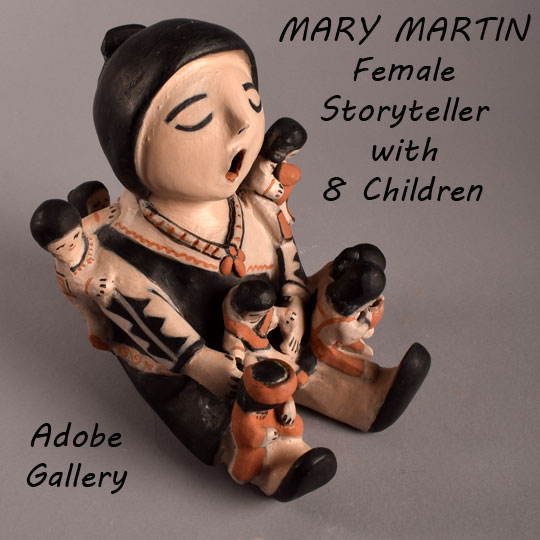 Cochiti Pueblo artist Mary Martin fired this female storyteller figurine beautifully with dark black pigment and buffed bentonite cream slip.  She has a charming face with an upturned nose, open mouth and closed eyes.  Her nugget necklace is raised in depth from the body.  The 8 children are all involved in their own activities, but presumably listening to her as well.  Three boys cling to the back and the other 5 are scattered on the front side.  Each child is dressed beautifully  One has a bowl of corn and another seems to be holding oven bread.

Adobe Gallery purchased this from Mary Martin in April 1981 and sold it to the client from whom we now have it back. It is signed and dated.  It is the original condition.