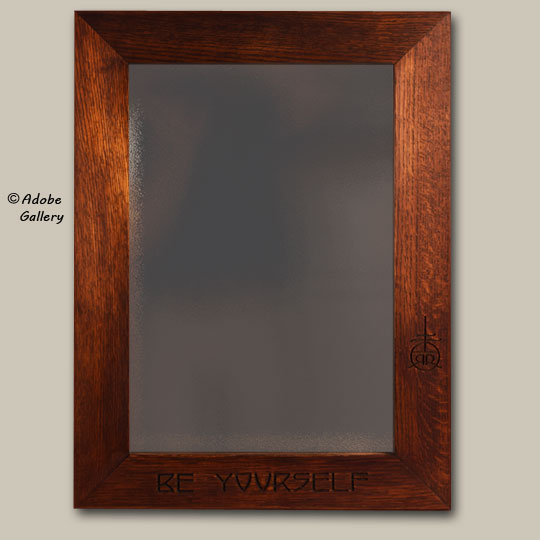 Roycroft was a handicraft community founded in East Aurora, New York, in 1895 by Elbert Hubbard (1856-1915). Having been unsatisfied with his life at the time, he set about a walking tour of England, where he met William Morris of the Arts and Crafts business. After returning to America, Hubbard set up a printing press to publish his own writings. He became so famous that visitors came to see him. To accommodate the number of visitors he set up a hotel. Needing furniture for the hotel, he solicited furniture makers to make a simple style of furniture. The furniture became popular with visitors who wished to buy pieces for their homes, so he set up a furniture manufacturing business.

The community flourished and was at its peak in 1910 with over 500 workers. By 1915, Hubbard and the Roycrofters (as the workers were known) had achieved great success. It all changed when Elbert and his wife, Alice, were among the fatalities aboard the Lusitania. The Hubbards had been traveling to England to begin a lecture tour when they died. The Community's leadership then fell to Elbert's son, Bert. Though Bert took the Roycrofters to wider sales distribution, changing American tastes led to slowly declining sales figures. Finally, in 1938 the Roycrofters closed shop. In the 1970s a revival movement began with the goal to restore the Roycroft legacy and Campus. In 1986 the Campus was granted National Historic Landmark status. Since then, extensive restoration work has been done on the Campus buildings to restore them to their former beauty, with uses more fitting to their historic past. The Roycroft buildings now host a variety of shops, a Museum, an Inn and restaurant (in its original location), and several artist studios. Roycroft Shops, Inc. is owned by Robert Rust and Kitty Turgeon.

Provenance: this Mission Oak Mirror with the Roycroft Logo and Written Text is from the collection of a gentleman from Santa Fe who purchased it around 1990.

THE ARTS & CRAFTS MOVEMENT Past and Present
by