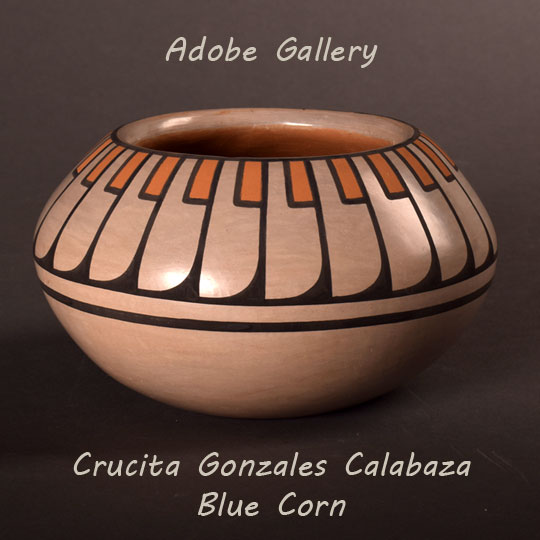 One of the popular styles of pottery produced at San Ildefonso in the twentieth century is the revival of Polychrome wares.  The most prominent potter who produced Polychrome wares was Blue Corn. Certainly one of the most popular designs is the reintroduction of the Mimbres feather.  Put all these together—Polychrome, Blue Corn, feathers— and the result is this excellent jar. Blue Corn and her husband, Sandy, spent two years in the 1960s experimenting with slips to revive the 19th-century Polychrome wares of San Ildefonso Pueblo. She stone-polished the base slip in the manner it was done before the introduction of the Cochiti slip in 1905, which required only rag polishing. In doing this, she achieved a highly-burnished finish. To this she applied the matte paint design at which she was so adept.

Provenance: from the collection of  resident of Florida