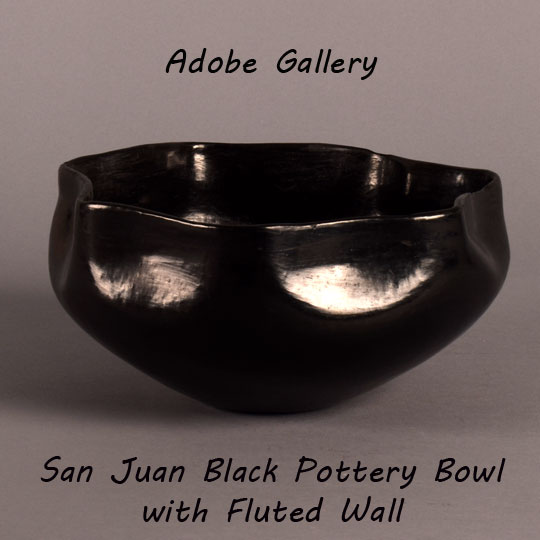 This bowl features initials that probably identify the makers, but we have been unable to unscramble the mystery.  The initials Q. E. and C. M. were painted on the sidewall with matte black pigment.  The thin wall of the vessel steered us to identify the origin as San Juan Pueblo.

The bowl has a globular lower body and tall fluted side walls.  The finish was stone polished on the interior and exterior.  It is on one of these fluted sections that the initials appear.

The bowl is among several pottery items that were collected by Mary Louise Mark of Westerville, Ohio.  Ms. Mark (1878-1972) was a Professor of Sociology and Statistics at Ohio State University.  She acquired most of her collection during her participation in 1927 on a “Survey of the Conditions of American Indians” sponsored by the Institute of Government Research (later known as the Brookings Institute.)