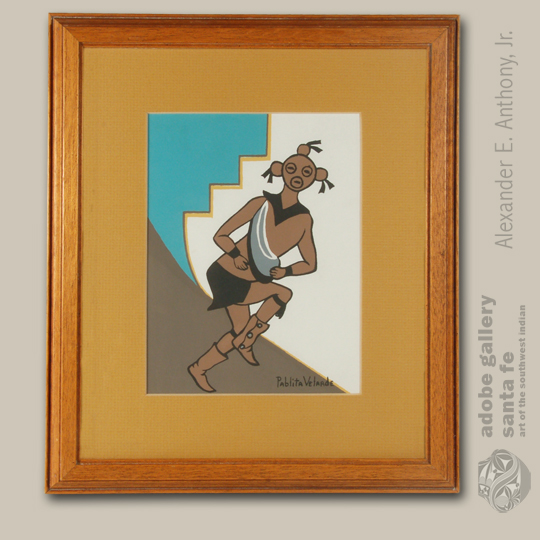 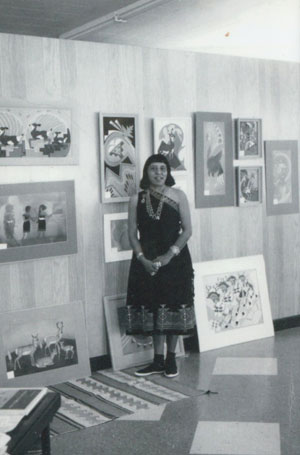 Balcomb’s Indian Arts of Gallup, New Mexico, was granted complete permission by Pablita Velarde in 1964 to reproduce any watercolor, pastel, or oil painting that they purchased from her. Three images were subsequently reproduced in silkscreen form.This single Koyemsi or Mudhead Katsina image was one of the three paintings reproduced by the Balcombs. It was issued in 1964. There is no documentation indicating how many copies were issued.

A second print was made of a Koosa or Koshare Clown and we are posting it along with this one.  It is our Item Number C4055ZC (click here to view now). Both silkscreen prints are in matching frames and make a complementary pair.

Condition: this Koyemsi - Mudhead Katsina by Pablita Velarde appears to be in original condition but has not been examined out of the frame.