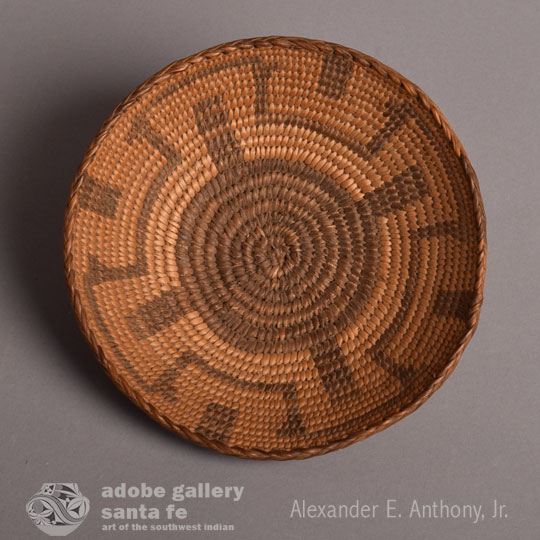 Small Pima basketry bowls like this one were most likely made for sale to collectors. Still, such were made in the traditional manner using traditional materials and with the care that a weaver would devote to a larger one for her own use, perhaps even more care since it was to be for sale.

In 1900, it was observed that baskets were being made in almost every Akimel O'odham home but 20 years later almost none were being made. By 1920, baskets were not as essential for Native use as before because commercial vessels were more accessible. Secondly, the weavers found that it was not worth their time and labor to make baskets for sale when tourists were not willing to pay a reasonable price.

This basket certainly dates to the period 1900-1920. It has assumed a beautiful golden patina and, yet, is still in remarkable condition. A string has been woven in from the back to facilitate hanging the basket if desired.

Provenance: from a private collector