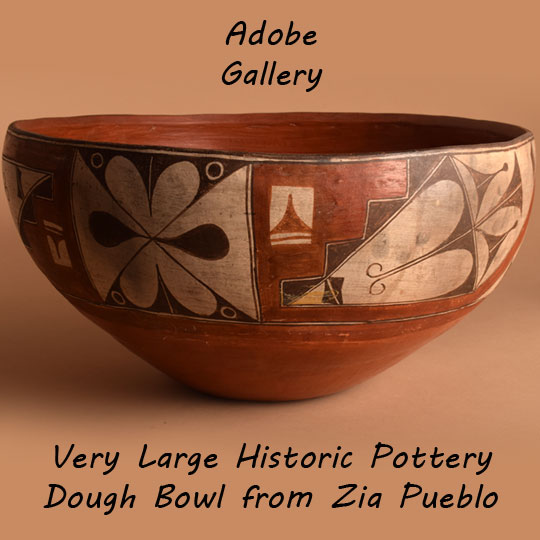 It appears that dough bowls of large size were not made at Zia Pueblo before the late 1700s.  When they did begin to appear it was for the preparation of large quantities of bread dough, thus their name “dough bowl.”  Dough bowls featuring the design shown on this one had their beginning around 1880 and have continued in use to today. We will attempt to describe the designs and their influence on dates.

The beak and eye of the bird of the style shown on this bowl are believed to have started around 1880 and have continued to today.  The difference between the eye of the bird shown here and earlier eye designs have been used to estimate dates of dough bowls.

Note: The lack of a flared rim, the style of bird’s eyes, and the wiped on red band below the design panel combine to suggest a date for this bowl of 1900-1910.

Provenance: from a family in New Mexico