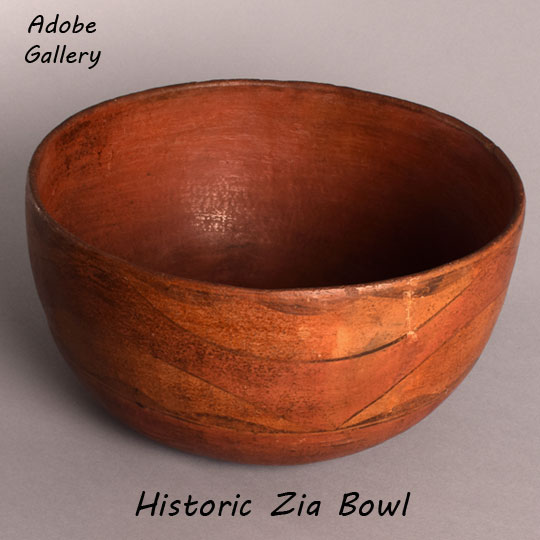 This dough bowl has a design on the exterior that apparently began to be used around 1875.  It is a meandering band encircling the bowl. The design band appears to have been executed in the same red slip as used on the base of the bowl.  The red meandering design floats on an orange slip, which indicates a date of 1920s.

The bowl is the size generally used as a “tortilla dough bowl.”  This one appears to have been used extensively.  The patina on the interior and exterior is excellent.  The bowl has a rich and warm appearance.

Condition: There is a crack in the interior bottom that does not penetrate to the exterior.  UV examination does not reveal any repairs.

Provenance: this Zia Pueblo Old Dough Bowl with Wavering Design is from a gentleman from Virginia