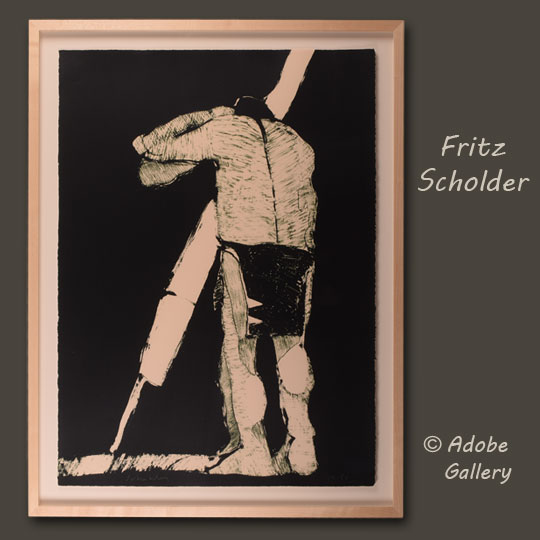 "The Odyssey #2," which was completed in 1976 in three different editions of fifty, is the best of both of the aforementioned worlds—visually arresting in its simple, black-and-white state; bold and eye-catching in its later, colored states. The first state is a one-color lithograph in black.

The collaborating printer for "The Odyssey #2" was Joy Purmal Baker. The first state print listed here is number 14 of 50. It is signed Scholder and numbered in pencil, and stamped with the chop marks associated with Scholder, Joy Baker, and Tamarind Workshop. The print is framed beautifully by Wilkinson & Company Fine Art Framers of Santa Fe.

Provenance: this Fritz Scholder State I Lithograph "The Odyssey #2" is from a private Santa Fe collection