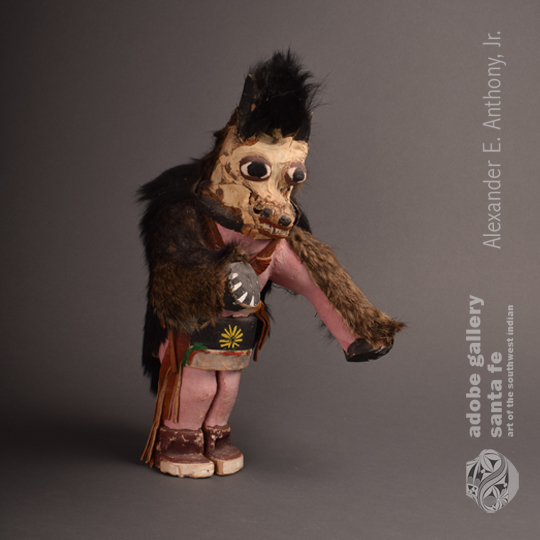 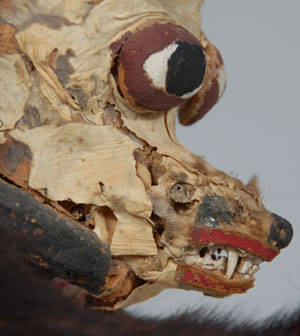 Hopi Pueblo artist Otto Pentewa is a name any collector of Katsina dolls recognizes.  They may never have seen him or seen his signature on a Katsina doll, but they recognize his work at a glance.  He was born at the village of Oraibi on the Hopi Reservation at the end of the 19th century.  He was of the Katsina Clan and his Hopi name was Sikovaya, which translates to Pumpkin Flower.

One of the distinguishing designs on his Katsina carvings is the pumpkin flower he generally painted on the loin cloth of the doll.  It was his signature.

Shortly after the turn of the century, he married and moved to the village of Kykotsmovi where he and his wife raised eleven children.  His son, Richard Pentewa, continued in the tradition of carving Katsina dolls.

Condition: this Hopi Pueblo Hon (Bear) Katsina Doll by Otto Pentewa is in good condition considering its age, with some loss of hair, particularly on the face.

Provenance: from a gentleman in Albuquerque 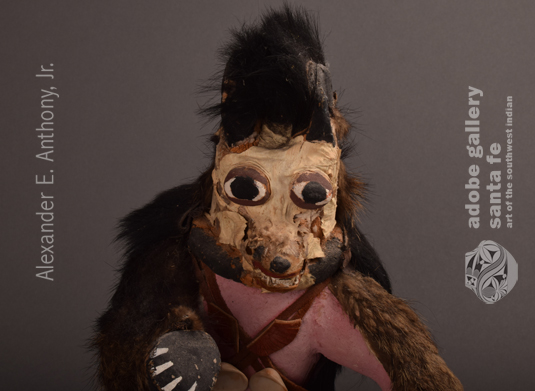