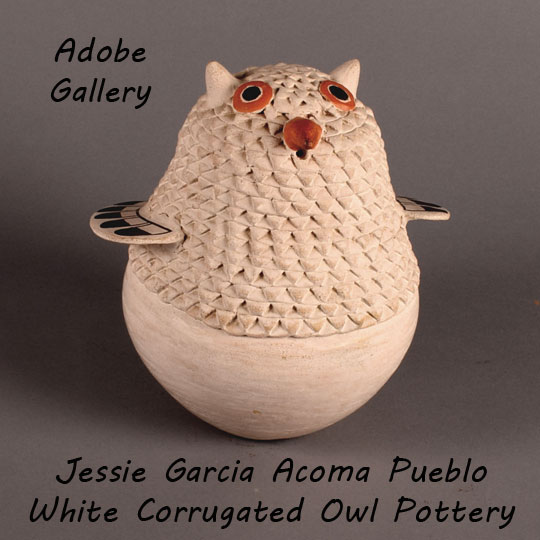 Jessie Garcia (1910-1999) was considered by Rick Dillingham (author of Acoma & Laguna Pottery—see link below) as one of the three most important twentieth century potters from Acoma Pueblo, along with Lucy Lewis and Marie Z. Chino.  She was the mother of Anita Lowden and Stella Shutiva and the mother-in-law of Sarah Garcia, all three of whom are recognized as outstanding potters.

Provenance: this Jessie Garcia Acoma Pueblo White Corrugated Owl Pottery Figurine is from the collection of a client from Michigan