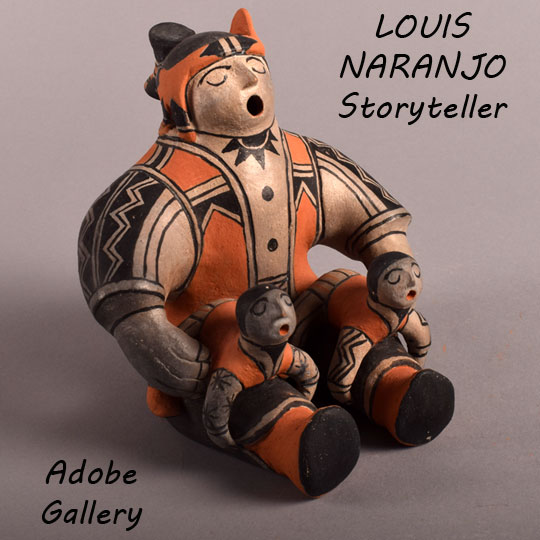 This Cochiti Pueblo male storyteller by artist Louis Naranjo dates to 1990.  He is elaborately dressed in a long sleeve button up shirt with beautifully decorated sleeves.  Over the shirt he is wearing a painted vest, open in the front.  He is wearing a necklace, headband and moccasins. His pants are cut at the bottom of the legs as is typical of homemade cotton pueblo trousers. The two boys on his legs are lying prone rather than sitting as seen on most storyteller figurines.  Their heads are held high.  All three males have their eyes closed and mouth open.

Adobe Gallery purchased this storyteller, along with an accompanying female (see Item #C4401.31), in May 1990 from the artist and then sold both to a client from whom we now have them back.  Both are in original condition.