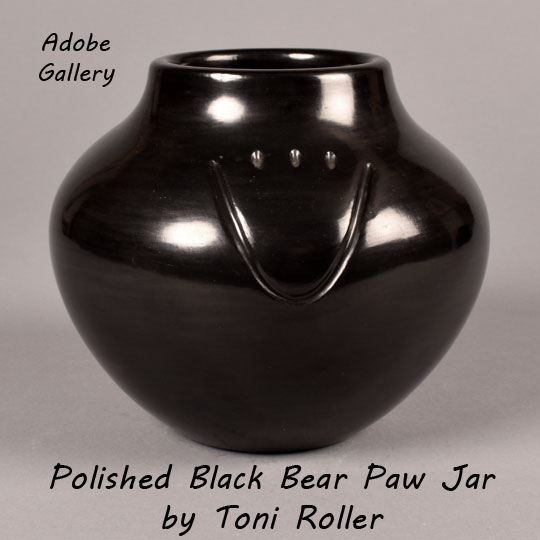 Award-winning Santa Clara Pueblo artist Toni Roller (1935- ) is part of a Santa Clara family that has excelled at the craft of pottery making. Toni Roller is the granddaughter of famous matriarch Sara Fina Tafoya, and the daughter of Margaret Tafoya. Her sisters were also potters: Virginia Ebelacker, Jennie Trammell, Mela Youngblood, LuAnn Tafoya, Mary Esther Archuleta, and Shirley Tafoya. She also had two brothers: Lee and Meldon. Toni has made pottery since around 1960 and continues to produce today. She is a perfectionist, and her work is consistently excellent.

Provenance: from the collection of John Barry, author of pueblo pottery books.