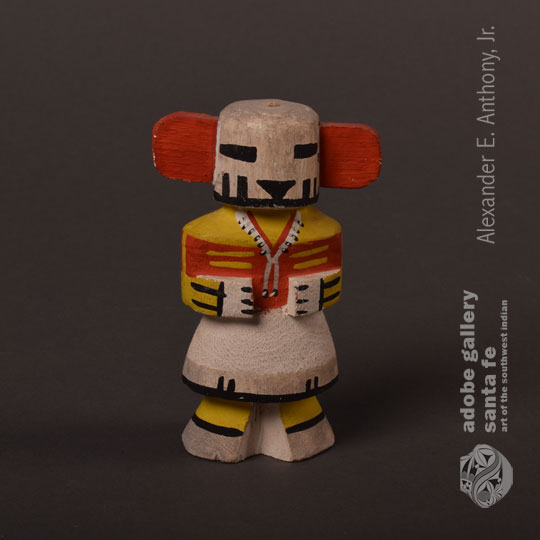 Artist Joseph Secakuku was a Hopi Pueblo Indian from Shipaulovi, Second Mesa. He was a trader and Katsina Doll carver.

Katsina dolls of this style were routinely made in the early- to mid-twentieth century as items for sale to tourists.  I recall paying 25￠for some in the 1950s. Now, they are mostly above $100 each. They were not necessarily images of actual katsinas, but, sometimes, just made to appear to be authentic katsinas.

This carving is one of the items we just received from the Marti Struever estate.  It was originally in the collection of Elizabeth DeHuff who was the wife of the Superintendent of the Santa Fe Indian School starting in 1916.  It was passed on to Marti Struever by DeHuff’s daughter. It had been purchased in 1942 by DeHuff and was reportedly made by Joe Secakuku.