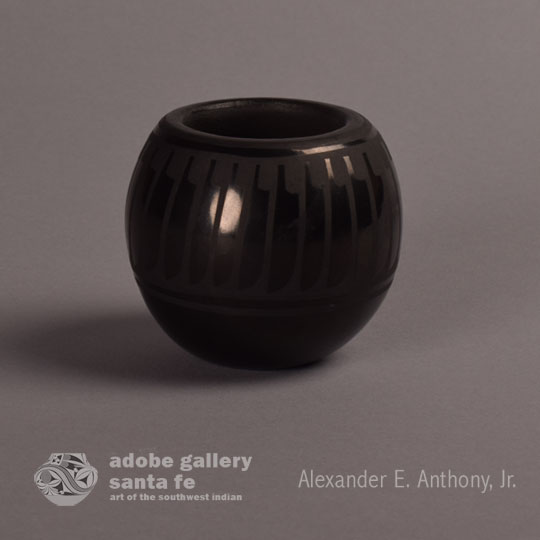 Blue Corn was born in San Ildefonso around 1921 and was encouraged by her grandmother, at an early age, to "forget school and become a potter." She did attend school at the pueblo and later at the Santa Fe Indian School, however. At age 20, she married Santiago, a Kewa Pueblo (Santo Domingo) silversmith. During the 1940s, she worked at Los Alamos as a housecleaner for J. Robert Oppenheimer. Shortly after World War II, she took up pottery making and found her calling.  Blue Corn passed away in 1999.

Provenance: from the collection of John Barry, author of American Indian Pottery: An Identification and Value Guide